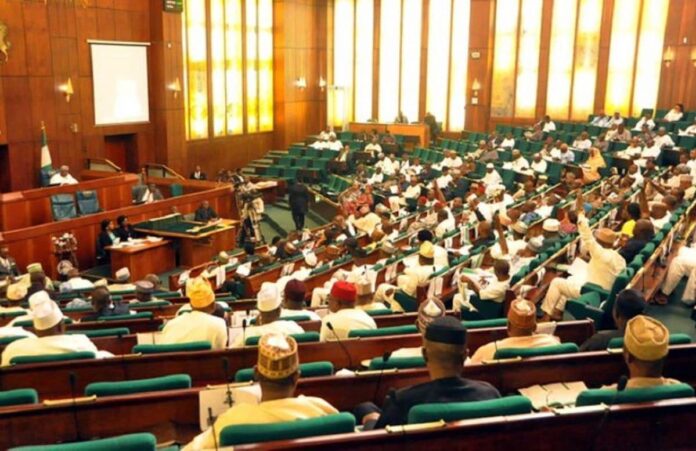 House of Representatives Committee on Finance, Friday, expressed its dissatisfaction with the Nigeria Bulk Electricity Trading (NBET) for approving $33 million monthly for Azura power company. The committee said that the amount was outrageous, adding that power delivery was so poor to Nigerians.

Chairman of the Committee, Hon. James Faleke (APC, Lagos) in an interactive session in Abuja with the Managing Director of NBET, Nnaemeka Eweluka, Transmission Company of Nigeria (TCN) and Federal Inland Revenue Service (FIRS) also accused the head of the government agency of not following due process by obtaining the approval of the Federal Executive Council (FEC) in the deal.

Faleke said that the MD at the time expunged a section of the deal that required FEC approval when he was the general counsel of the agency even against the advise of the then minister of justice.

He also told the agency head that the actual amount paid was $33 million and not $30 million as claimed.

He said “On behalf of Nigerians we are concerned by the agreements you signed with power generation companies and Nigerians are not getting that power.

We are interested as a committee to know, the officers in charge of these agencies, who signed agreements on behalf of Nigerians, do they take the necessary things into consideration before signing it.

It is the situation we find ourselves and the earlier we, the operators of government agencies, get to know this, the better for this country.

People complain that Nigeria is borrowing money but those of us that are responsible for revenue management and cost management are just playing to the gallery in a way that satisfies our personal interests.

“What is our responsibility in buying the power from him? Let him sell the power to the people. Nigerians initially felt we needed to intervene in the power sector and provided support. But we are still where we are today. We have millions of Nigerians out of job – out of school but no job because we have no power to provide industries. That is why I asked you: are you satisfied with value for money? When we have no power for industries to establish, why are we paying such money?

“I put it to you, while you were general counsel, you expunged a particular section that requires FEC approval. You expunged it. I will provide you documents that will prove it.

The requirement for signing an agreement indicated that you needed the approval or the advice of the Ministry of Justice. In one of your communication to the Ministry of justice, the then Minister said “I do not agree with this. Do not sign because it is not in the interest of Nigeria. I have the document. When it got back to you in the office, you as the Counsel General then expunged that portion that requires you to take any agreement to the Ministry of Justice and you are telling us now that it is not true.

“I have also heard in your circles that you said you will not provide the documents and that we are looking for money. We are not looking for money. This committee is not looking for money. We want to save Nigeria. I want to know why you as MD will commit Nigeria at the present rate to over 22 billion every month with FEC approval. If Buhari is aware, the Minister of Finance will sit here and give us such approval. We are unable to pay salaries, we are unable to pay teachers and the power, we are not getting it. Then, we will continue to pay for 20 years.”

The House chairman also demanded to know if there was bank guarantee to these companies in signing the agreement.

In his response, the NBET MD, Eweluka who had earlier said that Nigeria had about 25 power purchase agreements said that the World Bank gave partial guarantee.

He also said it was difficult to pull out from the deal. Eweluka told the Committee that an arbitration panel domiciled in France, adding that any agreement go through Bureau of Public Enterprise (BPP) for no objection and ministry of justice.

“If you are asking an investor to invest $1 million dollars in a business, why would you want to exit? There are grounds for termination of the agreement”, he said.

Ruling on the matter, Faleke directed TCN to submit records of all power evacuated from Azura from 2015 to 2022, he also directed FIRS to submit tax compliance, payments by all the companies that have signed agreements with the recipients of the $30 million.

“It is interesting that the NDPHC is just saying they read on the pages of papers that a company that you signed an agreement with to provide you gas for $10m a month is static. Take-or-pay, you pay the $10m. If we don’t pay, the World Bank will pay. And the moment the World Bank pays, your rating will drop. That is the meaning. And a Nigerian will sit before us here and tell us that they don’t have to go to FEC or anywhere; you will just sit down in your office, some people will manipulate you and you just sign agreements on behalf of Nigerians, and you commit Nigerians, and the same Nigerians pay you your salary – NBET. It is sheer arrogance and wickedness. We are just starting. By next week, it will be more explosive. I can assure you that,” he said.