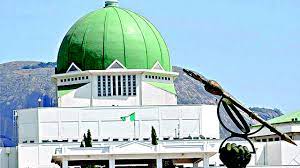 Chairman of the caucus also known as NASSLAF Mr. Abiodun Apantaku disclosed this in a terse statement issued to journalists from his office at the National Assembly in Abuja.

The event which its planning had been concluded is slated for Monday March 22, 2021 and will attract prominent legislatiors from the legislative arm of government from the South-West region.
In the statement which was sighted by our correspondent, the Vice President Prof Yemi Osinbajo SAN is the Special Guest of Honour.

other top dignitary are the Corps Marshal and Chief Executive of the Federal Roads Safety Commission FRSC Dr. Boboye Olayemi Oyeyemi, Minister of Interior Engnr Rauf Aregbesola and Minister of state Health Senator  Olorunmibe Mamora who are also invited as a Guest of Honour.

Other personalities invited at the event are the Speaker House of Representatives Hon. Femi Gbajabiamila invited as a distinguished guest, Clerk to the National Assembly Arc Amos Ojo Olatunde is Father of the day while  Senators Oluremi Tinubu and Abiodun Olujimi were to be honoured as Mothers of the day.

According to it,  the event is meant to honour outstanding legislators and both past and present and other leaders of thought from the South-West region for their good deeds and the progressive roles played and are still being played in nation-building.

It reads, “this is a  recognition of the legislators from the inception of the current democratic dispensation in Nigeria. We believe this is our own way of appreciating and revering the sacrifices and daring strides by our legislators”.

The auspicious event which holds at the Fraser Suites Central Business District Abuja has the Deputy Majority Leader of the Senate Sen.Prof Ajayi Boroffice as Chairman, Vice President Prof. Yemi Osinbajo SAN is Special Guest of honour, and Sen.Babjide Omoworare Senior Special Assistant to the Preident on National Assembly Matters (Senate) among other dignitaries.
End