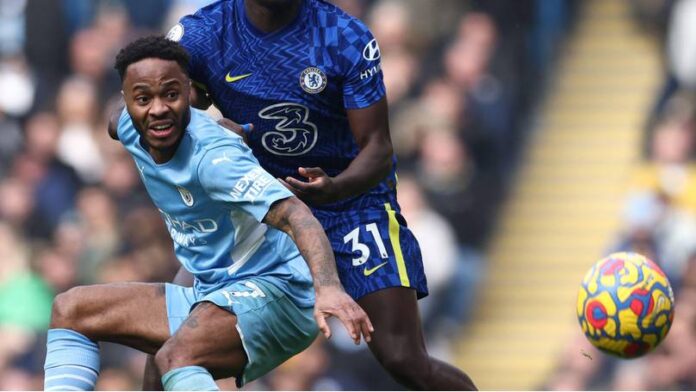 Sterling joined Chelsea from Manchester City in July, having grown frustrated with his decreasing playing opportunities under Pep Guardiola at the Premier League champions.

Raheem Sterling has admitted he was left “fuming and raging” by his treatment at Manchester City, which led to him leaving for Chelsea this summer.

The attacker saw his playing time decrease over his final few seasons at the Etihad Stadium, with Pep Guardiola employing a rotation system for his forward players. That meant he started just 23 of their Premier League games last term as they won the title.

Amid those frustrations over playing time, Sterling opted to join Chelsea for €47.5million in July. The Englishman is now one of the starting forwards in Thomas Tuchel’s line-up, providing one assist so far this campaign.

And he has now opened up on how angry he was left feeling in the final stages of his time at City. Sterling admitted that while he regretted how his time at the club ended, it was the right time to move on.

“Misunderstandings, contracts running down. It was a shame to see how it ended in the end because I had such a great time there. A lot of things came into play, a lot of reasons, but I wasn’t complaining,” Sterling told Sky Sports.

“I was ready to challenge and, as you can see, even with some of the performances I put in, you couldn’t guarantee yourself a place so it just didn’t make sense to fight a battle you can never win. Everyone wants to feel wanted, football is no different. When you play your heart out, sacrifice some of your kids’ birthdays, and then get treated in a certain way, it’s disappointing.

“At the time I was fuming, raging, but it’s gone, it’s in the past and I can only focus on the present, which is now, here at Chelsea, and the opportunity I’ve got here to go out and showcase my talents once again.”

Sterling also opened up on the reasons behind his desire to leave City at the end of last season. He revealed that Chelsea’s promise of substantial game-time is what convinced him to move to Stamford Bridge.