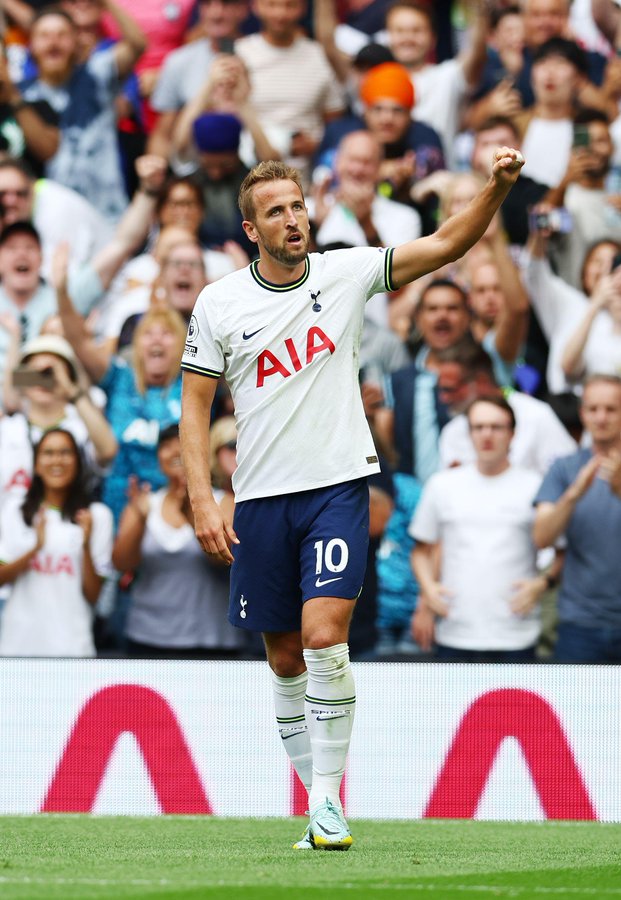 The England international drew level with the former Manchester city striker with a late header that salvaged a point against Chelsea last weekend.

After his second half header broke the deadlock against Wolves, however, Kane now stands alone as the leading scorer for a single Premier League club on 185 goals, as he continues to close in on Alan Shearer’s all-time record.

Spurs endured a frustrating opening 45 minutes against Bruno Lage’s side but turned the screw after the re-start as they upped the tempo at the request of Antonio Conte.

Kane had already hit the crossbar with a powerful header but made amends in the 64th minute from unmissable range after Ivan Perisic had flicked on Son Heung-min’s corner at the near post.

That typical poacher’s effort turned out to be the only goal of the game as Spurs moved, temporarily at least, to the top of the table with Kane advancing to within 16 goals of Jimmy Greaves’ all-time Tottenham record. It’s been a fantastic nine or 10 years in the Premier League. Hopefully many more years to go,’ Kane told BT Sport after the match. I always love scoring. The most important thing is winning games. Credit to the boys, they dug deep. We need to start games better. We need to improve. But the sign of a good team is winning when you don’t play at your best.

Kane celebrated the tenth anniversary of his Premier League debut earlier this week but despite his unwavering excellence he is still to be rewarded with the silverware a player of his stature merits.

The 29-year-old came close to leaving his boyhood club last summer but with Antonio Conte leading a revival with a new-look team, fellow club legend Glenn Hoddle believes and end to Kane’s personal trophy drought is just around the corner.

He told BT Sport: ‘It was touch and go whether he was going to go last year. He wants to be a success and rightly so he’s an absolute legend at the club.

‘Go back though and there’s photos on the walls of us holding trophies and stuff. Harry wants that and needs that.

‘He’s a Tottenham man and he’s got the best opportunity with this squad since he’s been here in the first team.