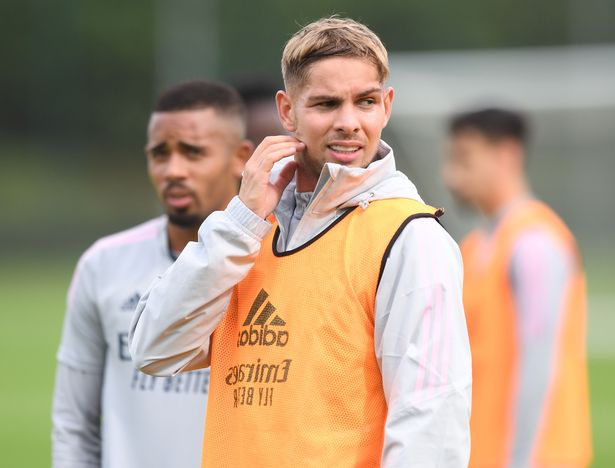 Mikel Arteta is “concerned” by the injury problems that continue to hamper Emile Smith Rowe’s season.

The midfielder has only made four substitute appearances this term with no starts yet coming his way after a pre-season that was interrupted by injury setbacks. Smith Rowe looked to have aggravated his fitness woes when warming down after the defeat at Manchester United earlier this month.

It has left Arteta, once again, bemoaning his player’s problems which has meant he’s been unable to put his all into training. Now it looks as if the Arsenal academy graduate may have to undergo surgery if he is to finally rid of the issue.

The Gunners boss said: “I am concerned about the fact that we don’t have him available and when he’s been trying to train he’s not been feeling 100% fit or pain free. “This is the main concern and we have to find a solution to that. We’re trying to do that.”

Arsenal travel to Brentford on Sunday before they have a two-week break due to the international window. Upon their return they take on Tottenham in a north London derby in what will be the start of a crucial month that could define whether or not Arteta’s side will challenge this term.

Smith Rowe is currently out of the England picture due to his lack of minutes. He was selected by Gareth Southgate last season but is behind several established stars in the pecking order which may well see him miss out on the World Cup in Qatar this winter.