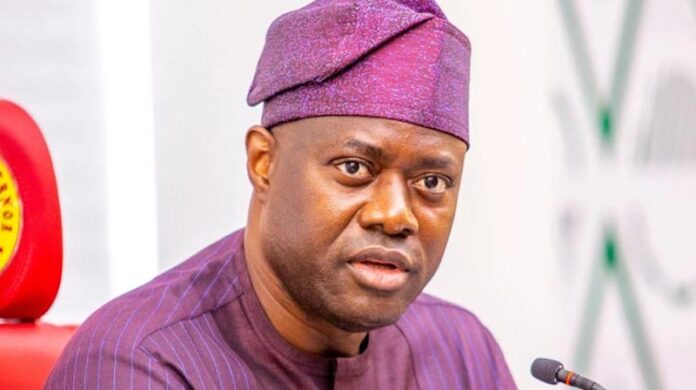 The Peoples Democratic Party chieftains, including a former Minister of Federal Capital Territory (State), Jumoke Akinjide, and a former Minister of Mines and Steel Development, Wole Oyelese, on Wednesday, campaigned for the party’s presidential candidate, Atiku Abubakar, in Ibadan, the Oyo State capital.

The party stalwarts, youths, women and mobilisers from across the state were seen on major streets in the Ibadan metropolis marching with banners and campaigning for Atiku ahead of the February 25, 2023, presidential election.

Meanwhile, the state Governor, Seyi Makinde, and his loyalists were conspicuously absent at the rally held to garner support for the former vice president.

The PUCNH had earlier reported that Makinde and his loyalists were also absent at the pre-Atiku Freedom March press conference held at the state Secretariat of the Nigeria Union of Journalists, Iyaganku, Ibadan, on Tuesday.

The campaign for Atiku in Oyo was also coming ahead of the visit of the G5 governors to Oyo for Makinde’s reelection campaign inauguration on Thursday (today). The PDP G5 governors include Governors Nyesom Wike, Samuel Ortom, Seyi Makinde, Okezie Ikpeazu and Ifeanyi Ugwuanyi of Rivers, Benue, Oyo, Abia and Enugu States respectively.

The PUNCH had on Monday reported that moves by the Akwa Ibom State Governor, Udom Emmanuel, to persuade aggrieved the G5 governors to embrace peace may have failed.

Wike, Ortom, Makinde, Ikpeazu and Ugwuanyi and some political heavyweights from the South had parted ways with the PDP presidential candidate over his alleged refusal to prevail on the PDP National Chairman, Iyorchia Ayu, to resign after Atiku, a northerner, clinched the presidential ticket of the party.

But speaking with newsmen during the campaign, Akinjide said Atiku was a pan-Nigerian and one who would lead Nigeria out of her current Socioeconomic and political challenges.

“We will campaign for Atiku in Oyo on the basis of merit and on the basis of fidelity to our great party. There’s really no divide in the PDP. It is a fight for space. So, I don’t think the public should worry themselves because the day they makeup, they’d be on television smiling and back-slapping and calling each other brother and you wonder why you wasted so much energy on it.

“Let us face what is of concern to 200 million Nigerians which is the five points agenda to recover and restore Nigeria which Atiku is proposing.

“Our presidential candidate is promising to unite Nigeria, secure the country, build a prosperous economy, restructure and devolve power to the federating units, and education system that allows our people to compete nationally and globally and these are core issues that are of interest to the Nigerian people.”

Speaking on the G5 governors’ visit, Akinjide said, “On Thursday (today), we will be having the Governor’s own rally and inauguration. All of us intend to be there as well, but I want to say something: If some of tomorrow’s visitors come and speak against PDP or Atiku, what are we going to say? No to their antics! We are brave people and we must demonstrate that tomorrow.”