LASG, others extend support to residents of Epe division 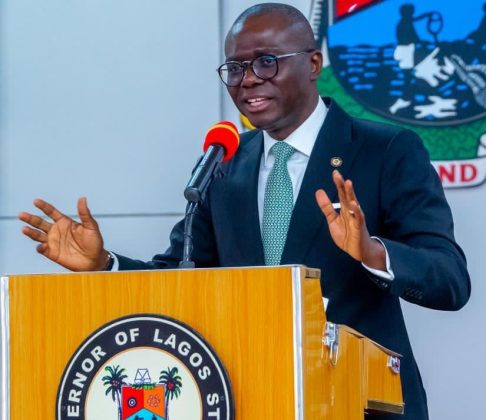 The Lagos State Government, in collaboration with UFUK Dialogue and NTIC Foundation, has distributed relief packages to the vulnerable in Epe area of Lagos State.

In her keynote address the event, the Special Adviser to the Governor on Civic Engagement, Princess Aderemi Adebowale, said the Governor Babajide Sanwo-Olu-led administration is committed to rendering all necessary support to the citizenry, especially those whose businesses and sustenance were adversely affected by the COVID-19 pandemic.

She said: “A lot of people are presently in dire need of support and assistance to put food on their table among other challenges. In as much as the present administration is doing all it can to alleviate some of these problems, it is a basic fact that it cannot do it alone. It needs the support of other agencies and corporate organisations to meet up with the demands of the people”.

She expressed her appreciation to UFUK Dialogue and NTIC Foundation for partnering with Lagos State to support the residents of Epe community with relief packages and called other well-meaning individuals and organisations to collaborate with the Lagos State Government in ameliorating the challenges faced by the masses.

While urging all residents to continuously support and cooperate with the government towards the development of the State, Princess Adebowale implored the indigenes of Epe not to be afraid of taking the COVID-19 vaccine, stating that it is 100% safe and available in all the Local Government Areas of the State.

Also speaking, Mr. Benlul Fatil Bashara, the representative of UFUK dialogue, stated that the effort to reach the vulnerable is a continuous exercise by the organisation, revealing that other planned activities for the community such as free health services, cataract surgery and educational support through scholarship programmes are on the way.

One of the beneficiaries, Mrs. Kuburat Ashobo, could not hold back her joy while thanking the State government and other donors for their relentless efforts and support not just for the vulnerable but for the entire residents of the State.

Another beneficiary, Mr. Kazeem Iyanda, appealed to the government to provide basic amenities in Oriba such as good roads, electricity, water, health centres and schools among others, saying “Our wives have to travel down all the way from Oriba to Epe to deliver whenever they’re pregnant and most times, some will be in labour before getting to the hospital”.