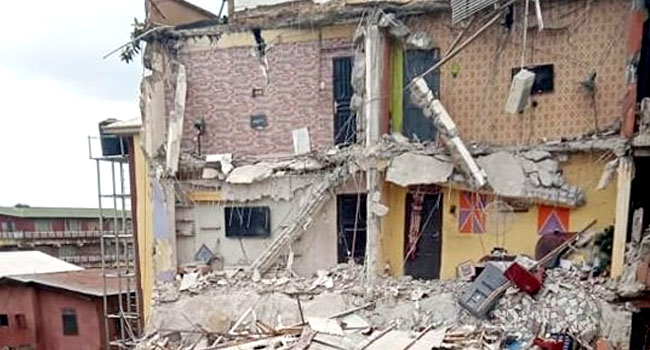 Lagos has suffered another building collapse, this time in the Mushin area of the state.

The Lagos State Emergency Management Agency (LASEMA) confirmed this via its Facebook page on Friday.

According to the agency, LASEMA officials are already at the scene of the incident and have begun an exercise in a bid to rescue any victim trapped under the rubble.

“A building has collapsed in Mushin a few minutes ago. The rescue operation is ongoing,” the agency said while sharing photos from the scene of the building collapse.

While reports suggest the building is located on Sonuga Street in the Palm Avenue area, it is unclear if anyone is trapped in the rubble. Channels