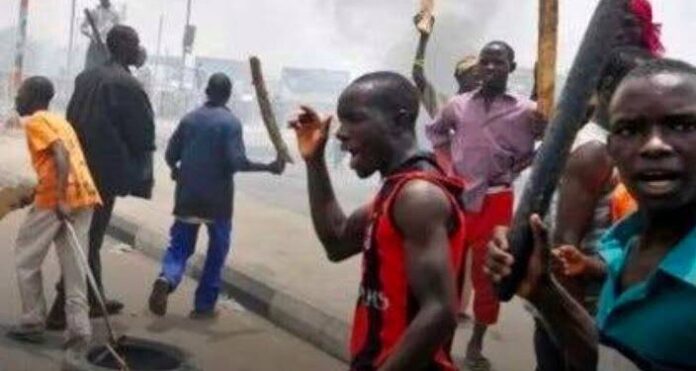 Another fresh wave of violence has been reported in Mile 2 area of Lagos State as hoodlums are seen having a field day destroying properties and unleashing terror on the citizens.

Some unknown men suspected to be hoodlums are currently attacking mile 12 in Kosofe Local Government Area of Lagos State. It was gathered that the hoodlums who surfaced from nowhere with dangerous weapons stormed the area on Thursday and start attacking residents. I
Also, residents of the area were seen fleeing and dispersing for their lives. It was not immediately clear the reason behind the attack.

However, the cause of tge fracas and the casualties recorded has yet to be assertained

There is also no reaction from the Lagos State Police Public Relations Officer, CAP Muyiwa Adejobi on the alleged incident.