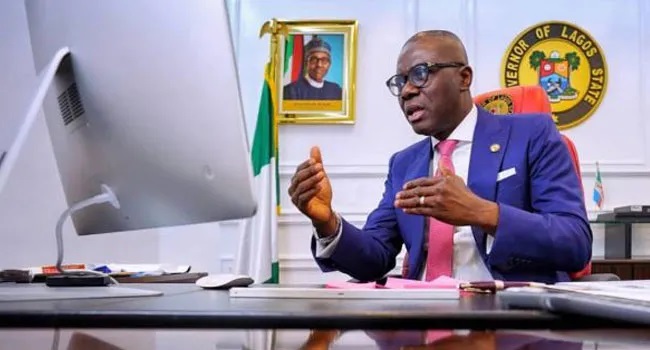 Creative sector has welcomed a new content promoter into its fold. The Lagos State Government marked its debut as a major backer of the music industry, sealing a partnership with the Headies – a foremost Nigerian award.

Lagos Government will be supporting the 15th Headies award, where local musical artistes, producers, DJs, music video directors and song writers will be rewarded for their talents and creativity.

Governor Babajide Sanwo-Olu will be attending the event coming up next month in Atlanta, State of Georgia in the United States of America (U.S.A).

Lagos State became the first Government entity to support the Headies, an academy award modelled after the U.S. Grammy award.

The industry’s veterans and practitioners could not hide their excitement at the development when they gathered for a pre-award event tagged “Lagos Constellation of Stars”, organised by the State Government and Headies to celebrate 2022 award nominees.

A veteran music producer, Kenny Ogungbe, described the Lagos State Government’s intervention as a “powerful turning point” for the industry, noting that the development could potentially leap many local talents to the world stage.

Ogungbe, co-founder of Kennis Music, observed that many record label owners had laboured to invest their personal resources to produce most of the contemporary songs creating positive image for Nigeria across the world, stressing that the intervention initiated by the Lagos Government would go a long way in supporting young producers to turn out more talents.

“Kennis Music has produced over 80 musical albums that have nothing less than 12 tracks each; these works were produced from our sweat. We never had the opportunity of support from any Government. Now that we have a reasonable Government that believes in the future of youths and their talents coming to support creative young people, this is a powerful turning point for the music industry,” Ogungbe said.

Animashaun said it was the first time a Government would deem it important to lend large-scale support to talents in the creative industry, stressing that the intervention should not be seen as a political move.

He said: “If we have a Governor in the whole of Nigeria partnering with us and giving assurance of the Government’s support to what we do, this should be seen beyond partisan politics.”

Animashaun said for the 2022 Headies award to hit the target success level envisioned, there was a need for decision and policymakers to buy into the event and support it.

“We are going to Atlanta with a lot of people; we will need some form of protection for the participants. It is only when there is cordial diplomatic relationship between Governments that this can happen,” the Headies founder said.

He added: “This intervention is not just about the Headies, it is about the whole of the creative industry. We should be proud of the progress we have made but there is a lot to achieve when the system supports our work. There are many talents who need to be shown to the world at the global stage.

“If these young Nigerian stars who will be attending the Headies award in Atlanta are accepted by the global audience, we would have exported products that the world would continue to demand and this would translate to growth of our GDP, because those artistes would not just be famous, they would also be making money that would go into our economy.”

Governor Sanwo-Olu said the intervention was a genuine move by his administration to boost the output and capacity in the creative sector, stressing that development of the Entertainment and Tourism sector was a key pillar of his Government’s agenda.

The Governor noted that the Headies was not the first to be supported in the entertainment industry, pointing out that his Government had collaborated with entertainment firms to train talents and build their capacity in the whole gamut of the industry value chain, including script writers, film directors and artists.

The benefiting youths, Sanwo-Olu said, were trained in industry-specific capability by world-class professionals, while the Government offset the costs of training and tuition.

The Governor said: “It is not something we have just created today; creating a thriving business for creatives in our entertainment industry is something that has been part of our economic agenda as Government from the outset. We are excited to be collaborating with the practitioners in the creative community to discover more talents and export not only our culture, but also our music.

“Headies Award is like the Grammy’s Award of Africa. It is local flavor going global, given the location the event will be held in the next couple of days. It is strategic for us to support the initiative. Our artistes and entertainment stars are being taken out of the country to Atlanta, where they will have larger platforms to further show the rich culture and values Lagos represents.”