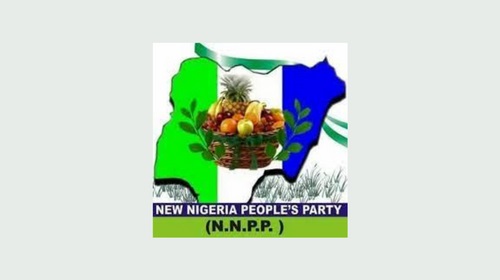 The Kaduna State governorship candidate of the New Nigeria People’s Party,  Sen. Suleiman Hunkuyi, has unveiled Mr Sani Mazawaje as his running mate in the 2023 elections.

Unveiling his running mate on Friday at the Ahmadu Bello Stadium in Kaduna, Hunkuyi  assured of the readiness of the party to strictly govern by justice, fair play and equity, if given the mandate to lead the affairs of the state.

He also said that every section of the state would be carried along to ensure peaceful coexistence.

He said: “The state is sharply divided on religion and section, the essence of democracy by the people has been defeated in the state.

“Kaduna State needs a leader with a strong political will to ensure inclusiveness to quickly give the people hope of togetherness and doing things as expected in an ideal society.

“Presently as it is, the citizens of the state are in dire need of a leader that will unite and ensure equality in all spheres of governance to enable the people work together as a family for the overall development of the state.”

He also decried the level of insecurity in the state, saying it had caused the loss of lives and property at an unimaginable proportion.

He, therefore, urged the people to vote wisely in the coming general election.

In his remarks, Mazawaje said the forthcoming elections provided Nigerians, especially the citizens of Kaduna State, another opportunity to vote in their large numbers for credible leaders.

“The 2023 general election provides eligible voters to vote in credible leaders into the affairs of governance to correct so many things that have gone wrong in Kaduna State and the country at large,” he said.