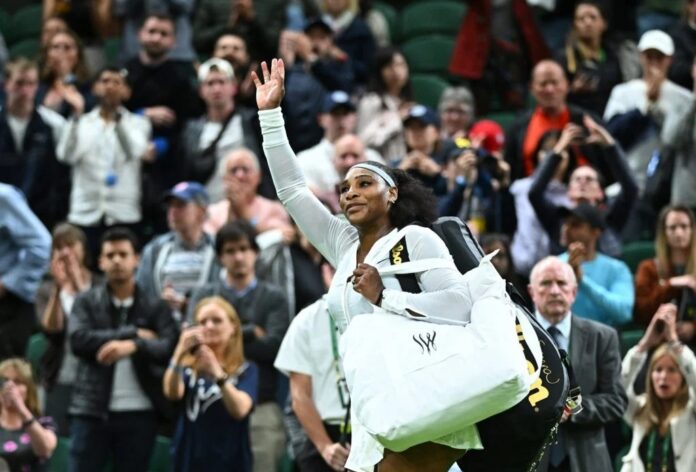 Serena Williams went from learning tennis on public courts in a notorious American gangland neighborhood to becoming a superstar for a generation and perhaps the greatest player in history.

Now, the 40-year-old legend is heading for retirement after almost certainly playing her last match, a three-set defeat to Ajla Tomljanovic at the US Open on Friday.

“I’m ready to be a mum and explore a different version of myself,” she said as she looked ahead to family time with daughter Olympia.

Serena became an African-American icon in a white-dominated sport, winning 23 Grand Slam titles and smashing aside milestones with a determination as powerful as the raw energy that defines her shotmaking magic.

Serena and her sister Venus, a seven-time Grand Slam winner, were executive producers on the movie “King Richard” that told the Hollywood fairytale of them being taught tennis by father Richard Williams while growing up on the tough streets of Compton, California.

“I am still just that girl with the racquet and a dream and I’m just playing for that,” Williams said after a 2013 US Open title.

She wound up living the dream as she won seven Australian Open titles, three French Opens, seven Wimbledon crowns and six US Opens to stand agonisngly just one shy of matching the all-time record for Slam singles titles set by Margaret Court.

Serena won her first Grand Slam title at the 1999 US Open at age 17 and in 2017 captured her 23rd and most recent major title at the Australian Open while pregnant with Olympia.

She gave birth to her daughter in September 2017 and spent six weeks bedridden after a pulmonary embolism, but battled back to make her return to competition five months later in Fed Cup doubles alongside Venus.

She had a chance to complete a calendar-year Grand Slam in 2015 but was upset by Italy’s Roberta Vinci in the US Open semi-finals.

“I never really want to focus on the numbers,” Williams said. “I started playing tennis not to be the greatest but just because I had a racquet and a dream. Now people are saying I could be (the greatest), but for me, I’m just not there yet.

“People like Chris Evert and Martina Navratilova and Steffi Graf, they are just, to me, the ultimate icons in the history of women’s tennis.”

Williams brought a style and power to her game, at times her fashion designs distracting from her dazzling on-court efforts.

She won the most recent of her 73 career WTA titles in January 2020 at the Auckland Open, her only crown as a mother.

Four times Williams had a chance to equal Court’s all-time record but lost in the 2018 and 2019 finals at both Wimbledon and the US Open.