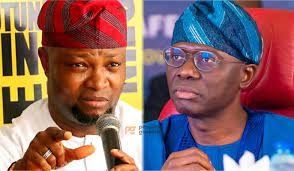 Dr. Abdul-Azeez Olajide Adediran (JANDOR), the PDP’s candidate for governor, voiced his disgust with the news of the protesting personnel of the Lagos State Internal Revenue Service (LIRS) yesterday. Concern should be expressed about the personnel’s inhumane treatment, especially in light of the fact that the staff of the revenue agency is the goose that lays the golden eggs for the state’s rising internal generated income (IGR).

JANDOR said in a statement released by his spokesman, Mr. Gbenga Ogunleye, in Lagos on Tuesday that while the APC government is proud of its much-touted accomplishments in the area of IGR, significant efforts should also be made to ensure that the staff in the agency that oversees the IGR drive is highly motivated.

According to Dr. Adediran, the LIRS staff is treated with contempt by being denied promotions when they are due and by the agency’s inability to specifically design emoluments that reward their dedication to enhancing revenue collection management. This is done in an effort to spread corruption within the organization. He begs state tax-related professional organisations and business professionals to cooperate with the inept Sanwo-Olu administration to take the necessary steps to appease the striking employees.

When elected the next year, JANDOR would stop at nothing to make sure that the personnel of Lagos State benefits from their dedication to enhancing the public service in Lagos State. He will bring a breath of fresh air.

He makes a plea to the employees of LIRS and any other organization that may be considering a protest over their working conditions to stay committed to enhancing their contribution to the state’s administration and to coordinate the expression of their complaints so they can present such a position to the appropriate authority in the state to avoid the awkward protest scenarios.