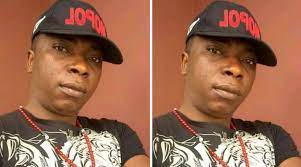 A Police Inspector identified as Ochofie Ijimbile attached to Mopol 55 Aba was reported to have committed suicide while serving as a Hotel guard in Aba metropolis.

It was gathered that the incident happened when he was on duty in the hotel as his senior took permission to take his shower.

“When his second returned, he discovered that Ochofie used his AK47 and shot himself dead “, a source said.

Sources revealed that the inspector collected loan from one generation bank to roof his house in the village but has not been able to repay the loan.

Sources said the inability to clear his debt may have been the cause of his action.