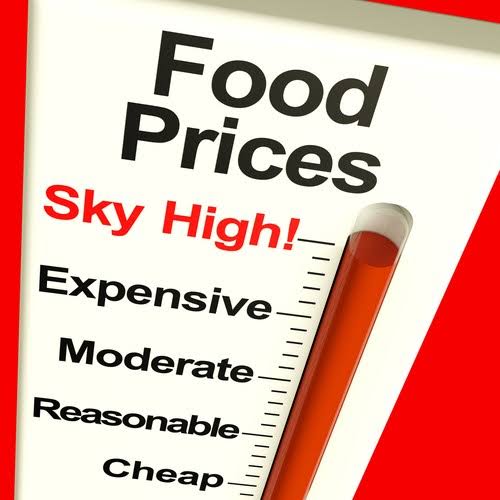 With food inflation at over 23 per cent, analysts have raised concerns on the spate of the rising inflation as they envisaged a further rise in prices in the second quarter on poor weather conditions and insecurities in the country.

Speaking on the latest inflation figures, analysts said they are worried that the inflation will continue to rise and may be beyond control.

The chairman of the Foundation for Economic Research and Training in Lagos, Nigeria and former director general of the West African Institute for Financial and Economic Management(WAIFEM), Professor Akpan Ekpo, noted that the rising level of inflation is worrisome.

“The food inflation is very embarrassing and disturbing because when you spend more money on food it is a problem especially for the poor. The food inflation is going up and yet they say we are doing well in agric. This is a misnomer and it is a concern. We have passed the threshold of single digit and very soon I hope it doesn’t become what economics call runaway inflation where we can no longer control it and that is the worry.

“It has been going up for almost two years now without abating. The other issue is when you have such high inflation the real interest rate becomes negative implying that there is inconsistencies between savings and investment. So the economy is in big trouble that is why we have to be careful in celebrating that we are out of recession.

“It is quite worrisome especially for the poor. The poor will get poorer because where you have high inflation the poor does not have enough savings. The rich can go on savings for a while so that is where it is worrisome. When you have an inflationary regime in the midst of an economic downturn, it means that you have to increase supply of goods and services.

“This means that the agric sector will have to do more, the border closure did not help. We have to give incentives to farmers to produce more not just rice but other things. The government have to deal with security challenges and then also have to be careful on how they announce certain things, as those announcements bring pressure on prices,” he said.

Looking ahead, analysts at Afrinvest West Africa say projections for inflation remain negative “for two main reasons. First, poor weather condition (rain fall) and continued farmer-herder crisis are expected to worsen yield from harvest in 2021. Second, the CBN’s focus on a pro-growth objective will continue to drive increased money supply and escalate inflation rate in the near term.”
(Leadership)