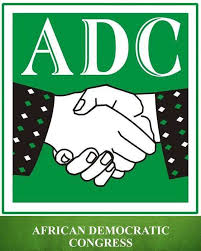 The African Democratic Congress (ADC), has raised concerns over rising insecurity in the country, urg-ing the government to rise to the occasion in tackling the menace.

The national chairman of the African Democratic Congress (ADC), Mr. Ralph Okey Nwosu stated this in Lagos at a programme organized by the Nigerian Youth Social Corporate Responsibility Fund Save Life, (NYCSRF) in Lagos at the weekend to present Certificate of Return to ADC as the winner of the poll conducted by the youths and adoption of ADC as the umbrella platform for Nigerian youths to contest elections.

Nwosu represented by the National Vice Chairman Comrade Peter Edeh said the party was happy to receive the certificate because they never knew a poll was conducted and the party won.

He said, ”It is a thing of joy. This is a clear indication that the work ADC has been doing has been recog-nised worldwide.”

Nwosu said former President Olusegun Obasanjo had in 2018 presented the party to the nation’s youths as the party of the future, saying the party stands as third force , having won some seats in the 2019 poll and working hard to take over the country in the 2023 poll.

“With millions of Nigerian youths without jobs there will be insecurity. When there are jobs for the youths, you are covering that part of insecu-rity and there will be development.”