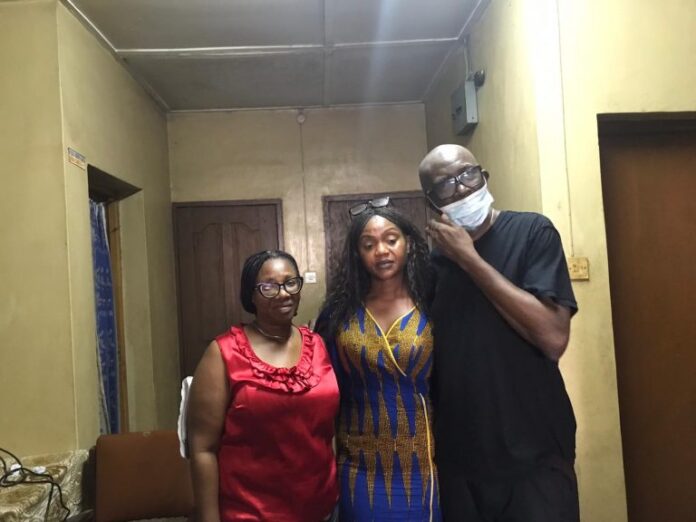 Family of the Managing Director of Fourscore Homes, Femi Osibona, has rebuted reports in the media of a feud between the wife of the deceased and his siblings.

It spoke in a statement titled: “Putting the records straight about the libellous vituperations on Femi Osibona’s family.”

The statement by a lawyer, Olufemi Adeniyi, on Monday read: “Just few hours after the official announcement of the passing of Mr Femi Osibona (Fourscore), the owner of the ill fated multi storey Ikoyi building, I was alarmed and literally emetic, to put it mildly, to read the heartless publication: ‘wife, brothers of late owner of collapsed Ikoyi building, Osibona fight over bank details, exotic cars, other assets, engaged lawyers’.

“What a wicked imagination from the heart of man, whom the erring news medium called, Source!

“This ignominious report came, as I said, at a time family, friends, classmates, church members, well wishers and thousands of acquaintances of the deceased, some Ikenne indigenes, three Ex-Mays, staff of the deceased and others who lost their lives were thrown into a bereavement. The online media house that carried the news at first, to everyone’s knowledge, is known for it’s biased conducts in reportages – which I wouldn’t take my precious time to talk about.

“Its viral contents, thereafter, got to the laps of idle persons, (equipped with a phone and data without professional wherewithal), who transmit unconfirmed news items from their homes, and off it goes. Posted, shared, liked, circulated. Lies becomes truth. The reports mentioned wife, brothers, family, etc. I have often wondered if the ‘source’ of such a news outlet with a household name doesn’t supply the names of the characters involved, I feel sorry for what journalism has turned into. It is true that in a time of universal deceit, truth is a revolutionary act.

“Now, here is the truth of the matter.

“The ‘brothers’ that the sadistic media houses referred to were actually Ebun, who is female and Lanre, both of whom have no time to ambush anyone on any matter whatsoever. They are the best anyone would love to dwell. While the wife in reference is a peace-loving soulful woman, Doyin, all of whom as a united family are still, more than anyone, grieving over the loss of their departed loved one. Doyin had just returned home from UK with her second daughter Pelumi who is studying medicine abroad, in order to meet the family and plan a befitting burial for her husband. It was all tears, hugs, condolences, sympathy, comfort, solace, prayers, and fellow feeling that followed, having not seen one another in weeks. Photos don’t lie. Just this past Saturday, 6th day of November, 2021, the grieving family were together consoling one another, as evidenced in this shot I stumbled upon, picturing Femi Osibona’s wife, one of the assumed ‘brothers’ in the carefree report, who actually is the deceased sister Ebun and Sola Olabiran the deceased big brother/confidant.

“I plead with the public to allow this family mourn peacefully, and cease from speculating unsubstantiated suppositions. Unfortunately, the assumption of fights and discord in the family which I just put on straight record and rest is only one of the numerous false allegations that is being peddled about the late Femi Osibona and the collapsed building on Gerrard Street.”