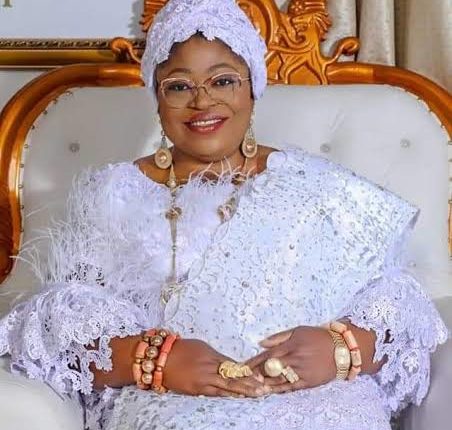 Contrary to a widespread and trending story over an alleged sleaze running into $32 million against Lagos business woman, Prince (Dr.) Toyin Kolade, and Fisolak Global Resources Ltd, investigations have revealed that the report “emanated from enemies of progress, who are hell bent on spoiling the good names she has built over the years.”

Sources close to the successful freight forwarding agent and her company insisted that Princess Kolade and her organization are notable for clean businesses through which she has earned respect from far and near culminating in her conferement as the “Iyalaje of the Source,” by His Imperial Majesty, HRM Ooni of Ife, Oba Enitan Ogunwusi few months than back.

Sources revealed that “Fisolak Global Resources Ltd was just involved in freight forwarding business with Metal Africa Steel Products Ltd some years back, adding that the report was a mere “smear campaign to destroy the good name the woman built over the years.”

“Iyalaje Oodua is undoubtedly the Amazon of the freight forwarding business in Nigeria, and over the years she’s made giant strides in the maritime business as a woman to reckon with.

“So when unscrupulous elements decide to use mischief as their tool in blackmailing Princess Kolade Toyin, the world will surely set the records straight!

“She’s achieved all she is today by dint of hardwork and the benevolent grace of God, so no one should spew gibberish to us about the amiable Ilesha born Princess.

“While she shines in business, she also towers high in the social circle, and as someone who enjoys life to the fullest, no doubt, I know detractors will always abound.

“Compete with her if you are worth it, but retorting to mischief, blackmail and wicked falsehood won’t give you any hedge ahead of her. So, you better stop it!

“A mention of her name in Apapa reverberates clearing and forwarding, and for about three decades, Kolade has shown worthy traits of an Omoluabi, which in truth and deeds, she is.

“She’s been named Iyalaje Oodua, and no amount of blackmail can stop that, so to the irritant few who have decided to use blackmail, I advise, stop it now.

“To my effervescent “Iyalaje of the Source”, like I love to call you Ma, don’t be distracted, they are not up to your half, so the wish to get you distracted because they know with the pace with which you are going, they will be out of radar only in jiffy.

“Welcome to a new week my very own Iyalaje Oodua, continue to make us proud, and the Oduduwa race shall always be your guide all ways, always in Jesus name,” said a source close to the successful woman.

It was further revealed that Iyalaje has threatened “to deal with those behind the false reports against me in a court of law as I have never been involved in any shady deal in my life.”

Those close to Iyalaje Oodua revealed that she has vowed that such reports would not stop her from doing what she is known for as a philanthropist and lover of the masses, adding that “the sky would be the limit. People would continue to enjoy the benevolence of the Almighty God through me no matter what the shenanigans of the enemies.”