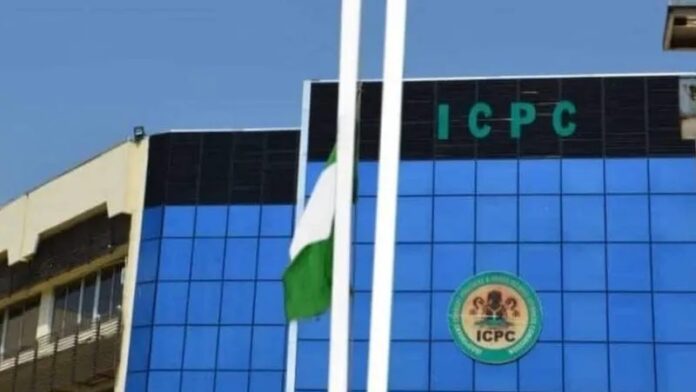 The Independent Corrupt Practice and other Related Offences Commission seeks collaboration with monarchs and religious leaders has emphasized once more that every effort must be made to end corruption in the Nigeria.

To this end, the commission sought the collaboration of the traditional rulers, religious leaders, civil society groups, and other stakeholders in Ondo State in the fight against corruption and unethical behaviors.

The chairman of the anti-graft commission, Prof Bolaji Owasanoye, gave the charge at a one-day sensitisation dialogue with traditional rulers, religious leaders and civil society organisations on the national ethics and integrity policy in Akure, the state cap[ital.

Represented by a member of the board of the commission, AIG Gbenga Adeyanju (retd.), the ICPC boss noted that the traditional rulers and other society leaders had a vital role to play in societal development and had great tasks in influencing values and ethics in the society

The commission chairman also charged the stakeholders to deepen their partnership with the agency in reducing corruption, promoting ethics, values and behaviour change, and building a better Nigeria for all.

He said, “The design and implementation of the National Ethics and Integrity Policy identifies and recognises you as critical stakeholders if the promotion of the policy is to be successful. As traditional rulers, you are royal fathers, custodians of traditional norms and values that project your communities and people as responsible people.

“As religious leaders, our Pastors and Imams are not only spiritual guides but also moral compasses by which we measure society’s positive growth or otherwise.

“As players in the civil society community, you are leaders in your own right with the task of standing as the voice of the voiceless to call the attention of relevant authorities to the plight and conditions of the ordinary people of our rural communities. It is clear from all indications that you all form critical groups of those who are closest to the people at the grassroots and wield a great deal of influence in initiating and sustaining behavioural change amongst the people.

“After his Excellency President Muhammadu Buhari launched the National Ethics and Integrity Policy in September 2020, the first critical stakeholders the ICPC and its collaborating partners met within the course of promoting the policy and canvassing their buy-in to enable a nationwide success in its promotion, was the National Council of Traditional Rulers at its meeting in the historic city of Kano.

“At that meeting, I recall informing the council that the ICPC and its partners were going to ensure the campaign to sensitize various stakeholders on the NEIP was going to be continuous and will be at the National and subnational levels.

“In keeping with that promise, throughout the year 2021, starting with the FCT we engaged all identified stakeholders in the project, including traditional rulers, religious leaders, CSOs, NGOs, youth organisations, women groups, professional associations, civil servants and the media amongst others together at once to hold conversations on the best way to promote the policy. We took this to all other geo-political zones of the country thereafter. I must say the cooperation received from stakeholders was encouraging.”

Earlier, the Chairman of the Ondo State Council of Traditional Rulers and Deji of Akure kingdom, Oba Aladetoyinbo Aladelusi, who was represented by the Osemawe of Ondo kingdom, Oba Victor Kiladejo, thanked the ICPC for the initiative, charging the agency always to carry traditional institution along to stem the trend of corruption in the society.