I am not a contractor for bandits – Gumi 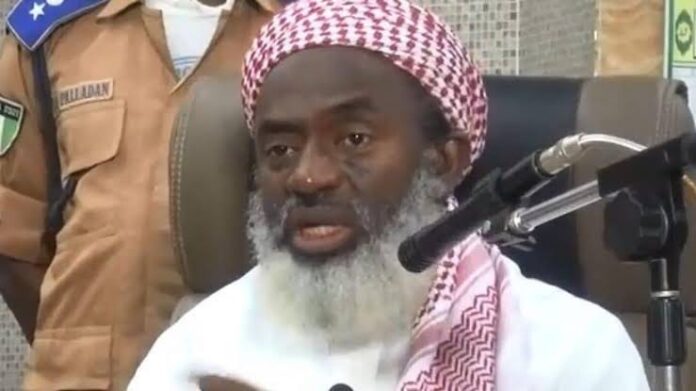 Fiery Islamic Scholar Sheikh Ahmed Abubakar Gumi, has said he was not a negotiator for bandits.

Although Gumi, had on several occasions acted as intermediary between the government and the bandits in the forests of Kaduna, Zamfara and Niger state.

Sheik Gunmi however on made his stance known on Monday while playing host to the 8th Assembly Senator of Kaduna Central, Shehu Sani.

Former Senator, Sani had visited him to seek the cleric’s assistance in the rescue of the 39 College students and eight members of the Redeemed Christian Church of God (RCCG) who were kidnapped at the weekend.

The Sheikh however gave assurance arrangements were ongoing through a contact to secure release of the students of the Federal College of Forestry Mechanisation, Afaka, Kaduna who were kidnapped about 20 days ago in their hostel.

Gumi said: “As for the College students, we have done all we can do. Infact I had a meeting with parents of the kidnapped students sequel to their meeting with Government.

“I show them what the problem is and they went to visit government and returned.

“I am not a negotiator for bandits, we always ensured that government officials were present in our previous discussions with bandits in the forests, before the Federal Government’s shoot at sight order.

“But, as for the college students, we are making arrangements for them through a contact to see how this (students kidnapped) problems can be solved.