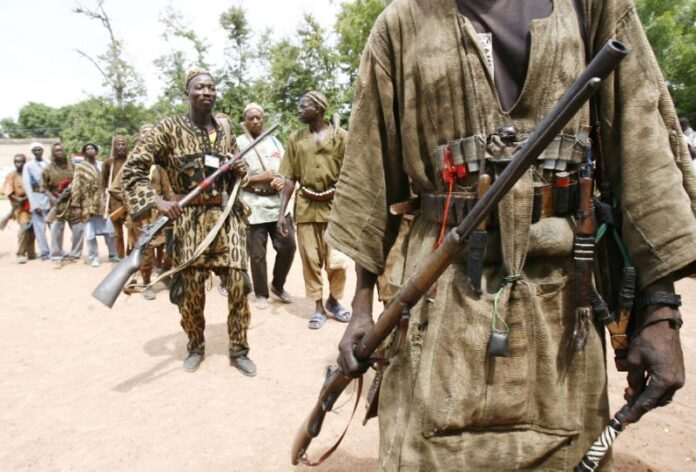 Men of Professional Hunters and Local Hunters in Okehi Local Government Area of Kogi State have shot dead two suspected kidnappers while two victims were rescued in an early morning operation on Sunday.

A statement issued Monday morning by the Special Adviser, Media and Publicity of the Okehi LGA, King Habeeb, stated that the operation, which took place at Upogoro hill was a result of credible intelligence reports from men of Okehi LG Joint Taskforce.

According to him, the gang has been terrorising Okene-Lokoja and Okene-Auchi roads of the state before being nabbed, and in the process, one of the kidnappers was shot dead during exchange of gunshots while one was apprehended, who later gave up before arriving hospital.

The hunters  also rescued two victims from the the kidnapers namely Mallam Sanni Uwaiti and Ramatu Tukur, both of toll gate area along Okene and Ajoakuta area.

“We shall leave no stone unturned in a bid to rid Okehi LGA and our environs of all forms of criminality,”  the Executive Chairman of the local government area, Ohiare, said.

The operation followed an earlier directive by the state governor, Alhaji Yahaya Bello, to the Chairman of the LGA to make the area safe following the attack on divisional police headquarter last week, where an inspector on duty was killed.

Ohiare appreciated the governor  for choosing security of life and properties of Kogi citizen as his top notch priority.