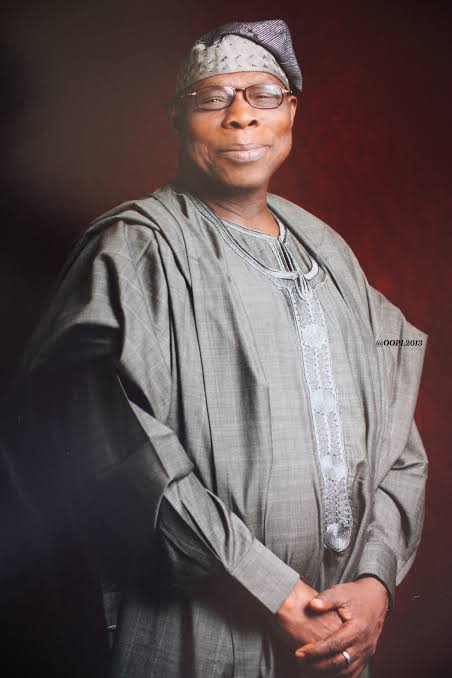 Former President Olusegun Obasanjo has said that the annulment of June 12, 1993, Presidential election presumably won by late philanthropist, Chief Moshood Kashimawo Abiola, robbed Egbaland and Ogun State the rare privilege of having three of its prominent sons occupying the country’s number one leadership position at different times till date since independence.

The retired Army General then went on to described the annulment as “bad belle.”

Obasanjo spoke at the 46th President Party of Abeokuta Club held on Sunday in Abeokuta, the Ogun State capital.

The elder statesman, who was referring to former Head of Interim National Government(ING), Chief Ernest Shonekan, who governed the country first as a military Head of States and a civilian president, noted that Abiola would have become the third if the 1993 poll was not annulled.

Obasanjo spoke at the 46th President Party of Abeokuta Club held on Sunday in Abeokuta, the Ogun State capital.

The former President, who recalled that Abiola was his classmate at Baptist Boys High School, Abeokuta, said he (Abiola) richly deserved the award bestowed on him by the Abeokuta Club.

Obasanjo said, “When Abeokuta Club was in the process of being birthed, things in Abeokuta were not as rosy as they are today. And the sons of Abeokuta who were in Lagos put their heads together in late Chief Sobo Sowemimo’s house to think of what they could do to improve the development of Abeokuta as a city.

I pay tributes to all those founding members, those who have departed this world, and those still here.

“Kabiyesi, the Alake of Egbaland, alluded to it. Normally when you win a cup three times, you keep that cup. Isn’t it? If not for bad belle, Abeokuta would have produced President of Nigeria three times, in which case, we should have kept it permanently”.

Obasanjo then pledged to continue to contribute his quota to the continued growth and development of Egbaland, Ogun State and Nigeria in general.

“But be that as it may, we have a great heritage. And we should be proud of our heritage. On this note, I will say that I thank the President, the patron and grand patron, members of the Board of Trustees, the executive.

The paramount ruler of Egbaland Oba Adedotun Aremu Gbadebo, while presenting the plaque to Obasanjo, described Obasanjo and MKO Abiola as proud sons of Abeokuta, adding that some “bad blood” didn’t allow Abiola to become President.