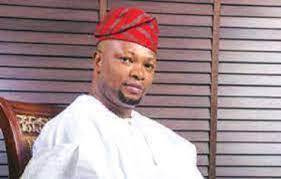 Our attention has been drawn to the naive and infantile response of the Lagos state PDP gubernatorial candidate, Jide Adediran, to the outcome of the recently held Osun state governorship election.

While we acknowledge the right to celebrate an unexpected, opportunistic and unaccustomed euphoria as a result of the election, the excitement was taken to a ridiculous level  by day-dreaming of winning the governorship election in Lagos state.

A cursory check on the miserable and abysmal electoral performance of his more accomplished and illustrious predecessors in PDP for the same office should ordinarily have taught you some lessons in humility.

The forthcoming gubernatorial election is not the same as the PDP primaries where you successfully usurped, manipulated and manoeuvred your new landlords to pick a worthless ticket.

As the new leader of PDP in Lagos state, we can understand and pardon your arrogance.

The disaffection, damage and distrust your emergence has caused in your party is already in the public space.

The governance of a model state like Lagos is too important to be entrusted to some day-dreamers who have absolutely nothing to offer.

While Lagosians continue to celebrate the landmark and award-winning achievements of Governor Babajide Sanwo-olu across various sectors with focus on the THEMES mantra, your hope to win the election can only be a mirage.

It is certainly unnatural for the civilized and cosmopolitan citizens of Lagos to be tired of the various developmental strides and the prospects of doing more in the years ahead.

While you and your cohorts continue to dance yourself lame, you and your running mate  will do well to spare time to obtain accurate and reliable facts, data and figures in order to stop assaulting the sensibilities of the discerning public.

As we count down to the elections, the governorship/ deputy governorship debates will be an interesting spectacle. While the incumbents will gleefully reel out monumental achievements in office, the opposition will play to its strength with the characteristic comedy of errors.

We urge Mr. Governor to remain undaunted as he strives to finish strong in the first term of his tenure of office.