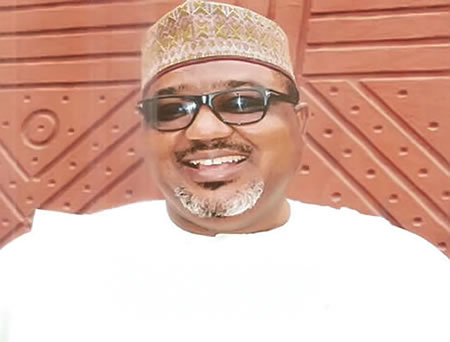 The Kano State Governor, Dr. Abdullahi Ganduje, on Thursday, congratulated Hon. Umar El-Yakub on his appointment as the Minister of State, Works and Housing and member of the Federal Executive Council by the President, Major General Muhammadu Buhari (retd.).

In a statement issued and signed by the state’s Commissioner for Information, Malam Muhammad Garba, the governor commended the President for appointing a stalwart of the All Progressives Congress and worthy son of the state, following his sterling performances as a lawmaker and most recently a presidential aide.

According to the statement, the appointment of the age-long member of the progressive family, equipped with vast political experience and reservoir of knowledge, is a good omen for the development of the state and the progress of the APC in Kano.

The governor expressed confidence in the ability of the new minister to further consolidate on his pedigree, which earned him recognition, respect and honour at both the state and national level.

Also, Ganduje enjoined him to view the new task as a challenge to make more remarkable impacts by deploying his vast experience, network and depth of knowledge to contribute to the repositioning of the sector in line with President Buhari’s agenda for housing and infrastructural development in the country.

The statement added that El-Yakubu’s position, as an experienced legislator had played a laudable role in ensuring a harmonious working relationship between the Executive and the Legislative Arm of Government.