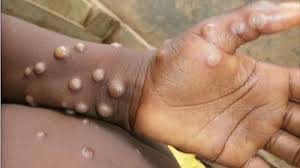 The Ogun State government has confirmed four new cases of Monkey Pox, bringing the total of cases recorded in the state to seven.

The State Commissioner for Health, Dr. Tomi Coker made the disclosure in Abeokuta, the state capital.

According to the release, two cases were discovered in Ota, within Ado-Odo/Ota Local Government Area while Abeokuta North and Abeokuta South had one case each.

The statement revealed that the Disease Surveillance and Notification Officers ( DSNOs) in the affected local government areas have carried-out line-listing and contact tracing, pointing out that the patients are already on prescribed medications.

It further advised residents to avoid direct contact with body fluid or sore of infected live or dead animals, persons or contaminated items, just as it emphasised regular hand washing with soap and water especially after visiting or caring for a sick person.

While adding that animal food products should be properly cooked before eating, Coker called for calm from residents, assuring that necessary measures are being put in place to curb the spread of the disease.