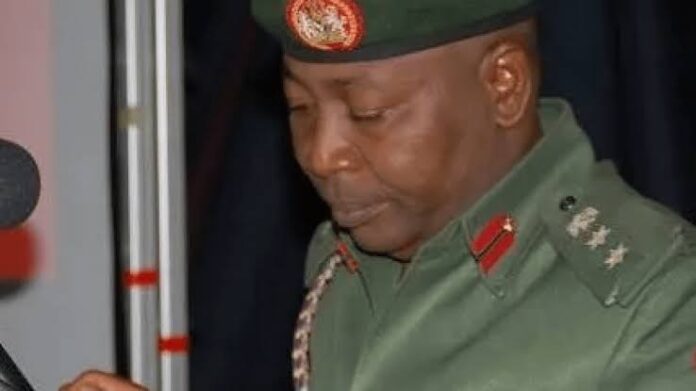 He was reported dead on Tuesday night in Jos, Plateau State.

Our correspondent gathered that arrangements are on to bring his body to his hometown Okura, Dekina of Kogi State.

In 1998, a former Managing Director of a subsidiary of the Odu’a Group alleged that he had given bribes to Usman while he was administrator of Ondo State

In August 1996, Usman was deployed to Oyo state at a time of growing discontent about the military regime headed by Sani Abacha. On 12 May 1997, a bomb explosion in the state capital of Ibadan injured two soldiers and a policeman.

Usman said the perpetrators were cowards. Two people were killed and about 20 wounded at the Salami Sports Stadium, Ibadan in April 1998, when supporters of the United Action for Democracy (UAD) disrupted a pro-Abacha rally that had earlier been addressed by Colonel Usman