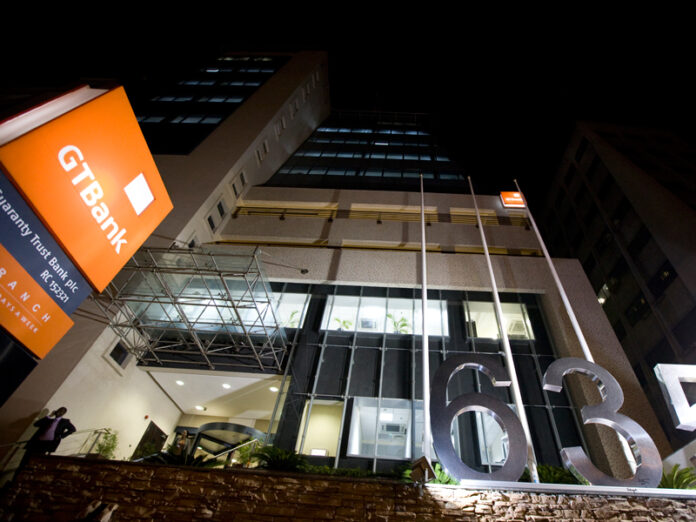 THECONCIENCEng reports that GTBank has been sanctioned for defaulting on tax payments.

The Kano State Internal Revenue Service (KIRS) sealed off five branches of Guaranty Trust Bank (GTBank) over defaulting on tax payment, leaving many customers who had come to transact business at the bank stranded.

The government agency said the closure was in line with a court order issued by Kano State High Court over the bank’s failure to audit and pay its taxes between 2014 and 2019.

The affected which were sealed on Tuesday include the bank’s branches at Murtala Muhammad Way, Wapa, Zaria Road, Bachirawa and France Road.

Briefing newsmen during the exercise, the Legal Director of KIRS, Bashir Yusuf Madobi, said the bank’s refusal to pay the amount accruing to N1,005,687,755.55 or release some of their audit reports forced the agency to take the action.

He said, “What irritated us to take this action is that right from the initial stage, we demanded for some documents from them which they failed to honour us and give us the documents.

“As a revenue authority, KIRS is saddled with the responsibility of enforcing payment of taxes. One of the procedures we follow in order to enforce payment of due tax is through instituting a court case before a competent court. So, we decided to file this case before the State High Court on ex parte application.

“So, we the KIRS as plaintiff after furnishing the court with all the evidences, the court satisfied that the tax is due, and based on that, it granted us judgement that we should go and seal the property of GTBank.

“This is why we went there today to enforce the judgment and enforce the payment of due tax as provided under the extant revenue laws. “The money is over N1bn. The next line of action is for them to come so that we sit down and sort it out if they are willing to do so,” Barrister Madobi said.

He said the condition for the reopening of the sealed branches was that GTbank must pay a minimum of 25 percent of the liability and provide the earlier requested documents.

The bank was also expected to pay 10 percent of the total revenue amount as provided for refusing to pay until the matter got to court.

Efforts to get the reaction of the bank proved abortive as all the managers of the affected branches kept mute, saying they were not authorised to speak on the bank’s behalf.