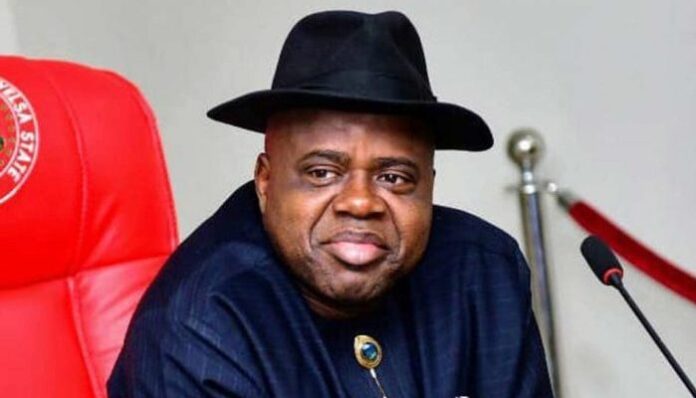 Daniel Iworiso-Markson, a former commissioner for information and orientation in Bayelsa, urged Governor Douye Diri on Thursday to enhance the flood relief monies allotted to communities affected by the tragedy in the state’s Ogbia Local Government Area.

He said that the resources were woefully insufficient to provide for the food, medical care, and general welfare of flood victims, especially those living near the Ayama axis, such as the Otuokpoti hamlet and other riverine communities.

Iworiso-Markson who is candidate of the Social Democratic Party for Ogbia Federal Constituency in the 2023 election, made the plea in a statement in which he lamented that by the sharing formula, most households cannot sustain themselves with the funds beyond a day or two, insisting that more money should be made available to the victims.

He said that it would be justifiable if the governor approach the Bayelsa State House of Assembly to request special funds to be spent on the flood issue, especially the welfare of the victims.

Iworiso-Markson expressed worry over the looming health crisis that may be caused by waterborne and other communicable diseases, which may result in the outbreak of an epidemic in the state.

While acknowledging the efforts of the state government in the current situation, he also urged the Federal Government to consider Bayelsa as a special case and step in to complement the efforts of the Diri administration to cushion the effect of the flood disaster.

Iworiso-Markson also called on other agencies of the Federal Government, multinational companies operating in the state, privileged individuals as well as organizations to see the current issue as a great humanitarian crisis and show support.

He said, “No one is in doubt about the kind of crisis we have now as a result of the flood. This is the time the governor needs to approach the State House of Assembly and ask for their permission to raise and spend more money on the victims.

“This has become inevitable because the affected communities need more money; we urge the governor to step up the flood relief funds because the one released recently is grossly inadequate. It is barley enough to sustain a family for more than two days and our people are suffering. They are devastated!

“The government should also focus on the health needs of the people. I am afraid that the flood may lead to serious health crises and this can be avoided if tackled now. I am also appealing to donor agencies, the federal government, and individuals who have the capacity to complement the efforts of the state government”, he said.