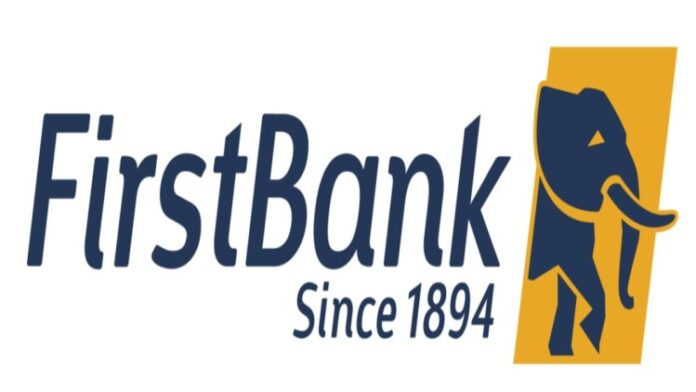 Whenever the conversation is on financial inclusion in Nigeria, FirstBank leads the pack. With over 150,000 banking agents, a fully digital banking center, and other innovative solutions, the nation’s premier bank is surely doing a great job connecting Nigerians with access to convenient banking products and services.

But that’s not all. FirstBank is also enabling Nigerians to have the best of the yuletide and holiday season a year in year out. The bank is aiding its customers to create exciting memories and enjoy fun times with family and friends through their participation in glamorous musical shows, comedy, dance, drama, and other entertainment from A-list superstars and performers.

This is being coordinated via the FirstBank DecemberIssavybe initiative as it bankrolls top entertainment events for maximum pleasure throughout the month of December.

To enjoy the premium concerts, stage plays, fashion, and food events; lucky customers and followers of the Bank’s social media pages – Facebook: First Bank of Nigeria Limited, Instagram: @firstbanknigeria should look out for posts on how to participate in the ticket giveaways.

Here are the top 11 events that FirstBank is powering to rock your December.

Nigerian Grammy Award-winning superstar, Burna Boy will be at the Eko Convention Centre on Monday, December 27 lead other top singers to thrill music fans with many monsters hit songs like Kilometre, Questions, Ye, Want It All, and others.

Davido aka OBO will on Friday, December 24, shut Lagos down at his 10th-year anniversary concert at the glamorous Eko Convention Centre. David has been in the news for his extreme generosity which has got his fans loving upon him. The show will feature many other superstars.

A 65 member (All Nigerian) cast and crew licensed adaptation of the global show live in Lagos showing between December 29, 2021, and Jan 2, 2022. It’s a show for the whole family; not just as the Only jukebox musical in Lagos this Christmas; it’s absolutely THE most “Ridiculously enjoyable” show to watch this holiday.

An adaptation of the original music created in 1998 by British theatre producer Judith Cramer, who engaged British playwright Catherine Johnson, to write a story woven around the multiple hit songs of Swedish pop group ABBA, composed by Bjorn Ulvaeus and Benny Andersson. The original story was carefully and skillfully adapted with a Nigerian nuance by seasoned theatre director Najite Dede. The Nigerian production is woven with shades of cultural colours, which are visible not just in the language and gesture but also in the costume, choreography, and characteristics, while the original soundtracks remain the same, this production infuses Abba’s music with local drums and percussions to deliver a distinctive Nigerian edition, resulting in an ecstatic euphoria from the Audience!

Live Theatre Lagos presents a musical stage play titled ‘A TrueChristmas Story’ which is an adaptation of the popular nativity story. This musical speculates how Joseph met Mary and the events leading to the birth of Jesus situating the story in our contemporary African milieu. The romantic comedy explores the themes of love, commitment, devotion, and communality. Christmas is a globally enjoyed holiday that traverses religion, gender, and age, and the play, A True Christmas Story captures the essence of the holiday which is love and sharing. This free-to-attend play provides fun for the audience and empowerment for the Cast and Crew.

Africa Fashion Week Initiative of Nigeria is a catwalk, exhibition, and learning platform designed for the promotion of fresh and emerging designers. Africa Fashion Week Nigeria aims to revive the decline of local textile industries in Nigeria by the opening of the Adire Oodua Textile Hub in Ile-Ife, Osun State Nigeria.

The Adire Hub which was opened in March 2021, facilitates the production of natural dyes, locally sourced materials, old ancient methods, new technology to create Adire pieces. The Hub provides training to low-income women and youth in Ile-Ife and its environs. The Hub enables us to promote circular economies – from farm to fabric to fashion, to financing SMEs.

CULTURATI is a high-status fusion of cultural events, exhibitions, and award brands – cleverly tailored toward recognizing the tireless contributions of art luminaries in different creative endeavors. The 2021 edition was held on 3 December at the Balmoral Centre, Federal Palace Hotel.

The Black Tie Christmas Concert is a charitable event convened to raise funds for the music education of underprivileged children in orphanages that are of primary and secondary school age. The event was held on 19th December at the Agip Recital Hall, Muson Centre, Lagos.

The LivespotX Festival is a multi-day hybrid convergence of everything X-traordinary, X-citing, and Xclusive, that celebrates urban pop culture. We’re bringing a dynamic X-perience that is fully compliant with the current pandemic era we live in and targeted at a diverse audience with each concert day tailor-made to suit each group of attendees.

The festival includes a string of hybrid events (physical & virtual) that feature headline acts performing live, pristine sound, world-class lighting, immersive experiences, exotic cuisine, and much more. It is designed to meet and exceed the entertainment cravings of Nigerians especially during DettyDecember

In a very crowded entertainment market, Mainland laffs offers a refreshing approach to family entertainment. With this second edition, ML is establishing its number 1 position as the only comedy show in the country that is safe for parents and their wards. Tagged Family Comedy Show, which enables the entire family to enjoy an evening of fun, laughter, and entertainment with a variety of children virtuoso and comedic performances, stage plays, comic interludes, and much more…. Mainland laffs is a vision of the Trevent Company, and it is one of the fastest-growing family entertainment events in Nigeria. The event took place on 5 December at D’Podium International Event Centre, off Adeniyi Jones, Lagos

Fuji: A Opera explores the music genre and its sub-culture through archive footage, costume, memorabilia, and imagery. Fuji music takes centre stage at the maiden edition of Fuji: A Opera, which kicks off on Monday at the Alliance Francaise de Lagos/The Mike Adenuga Centre, Ikoyi, Lagos. Pioneering Fuji founders such as General Ayinla Kollington, K1 De Ultimate, King Wasiu Ayinde Marshall, and other icons add colour at the commencement of the week-long event.

I Stand to Be Corrected is a stand-up comedy special targeted at the urban audience. Koffi Idowu-Nuel does a solo routine on subjects that relate to family, love, politics, education, etc. The event was held on the 11th of December at The Terra Kulture in Victoria Island.