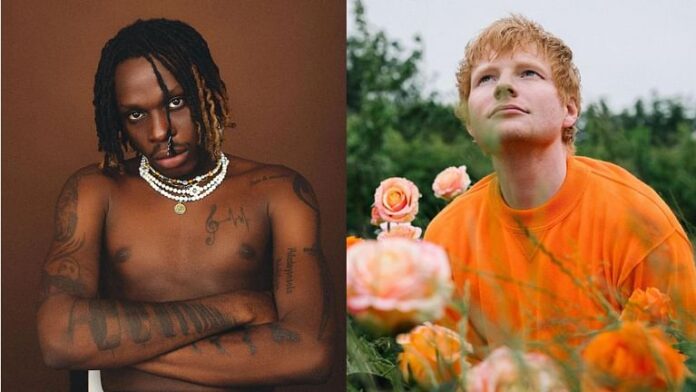 Recall that sometime in December, the English singer and songwriter, Edward Christopher Sheeran fondly called Ed Sheeran revealed that he was to feature on Fireboy’s Peru remix.

He made this known during a chat with Elton John on Rocket Hour on Apple Music 1.

Meanwhile, during the festive period, Peru remix topped the UK Apple chart displacing the legendary Christmas anthem ‘All I Want for Christmas’ by Mariah Carey.