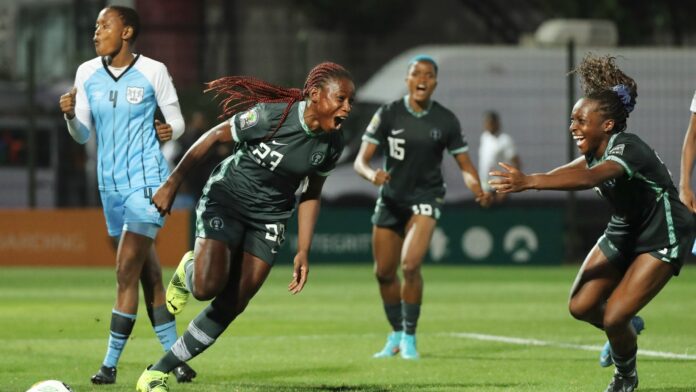 Nine-time African champions Nigeria and the United States Women’s National Team are expected to play an international friendly in September.

The Nigeria Football Federation, which made this known on Wednesday, said the friendly would be a two-match tour.

Both teams, presently competing in their respective continental tournaments, are expected to clash at the Children’s Mercy Park in Kansas City, Kansas on September 3, and the Audi Field in Washington on September 6.

“The USWNT is the most successful team in the FIFA Women’s World Cup, having won half (4) of all eight championships competed for so far. The Stars & Stripes were champions of the very first edition in China in 1991, and then won on home soil in 1999, in Canada in 2015 and in France three years ago. The team has also won four Olympic women’s football gold medals and eight CONCACAF titles,” NFF added.

The Super Falcons, billed to face Cameroon in the quarter-finals of the ongoing Women’s Africa Cup of Nations on Thursday evening, have won the African championship nine times, played in every edition of the FIFA Women’s World Cup and also played at the 2000, 2004 and 2008 Olympic women’s football tournament.