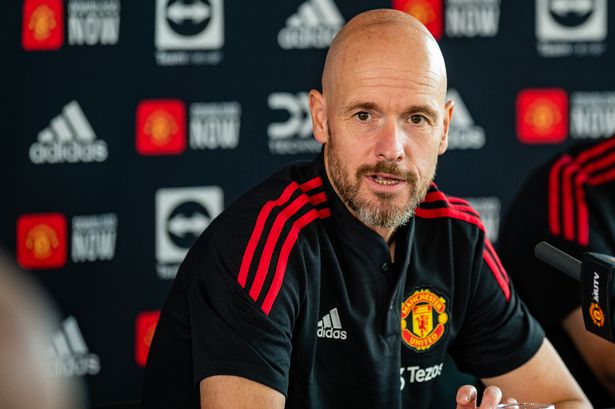 It comes the day after United announced a deal is in place to sign winger Antony from Ajax – the transfer remains subject to final completion and the Brazilian is not available to play on Thursday.

United also come into this game having recovered from a dreadful start to the season that saw Ten Hag become the first United boss in 101 years to lose each of his first two games in charge. Since a humiliating defeat to Brentford, the Dutchman has steered his team to successive victories over Liverpool and Southampton, with his stamp more visible with each game.

What can Man Utd fans expect from Antony?

“There is an agreement between the clubs but the paperwork is not done, so I cannot go deep. We still need to strengthen the offensive department because we have many games to cover.”

Will Antony make his debut this weekend?

“I hope. [The transfer] has to be done then, because the window is closed.”

“I think for this window, it will be the end after Martin Dubravka, but when there is great opportunity you always have to be alert as a top club.

“It is clear. We need quality players. You need more to cover all the games to keep the consistency going.”

What about Aaron Wan-Bissaka?

“Aaron Wan-Bissaka will stay. This squad will go from September to a minimum January.”

Who is not fit to play?

“Victor Lindelof is training, we will see how he is today. [Anthony] Martial is not available.”