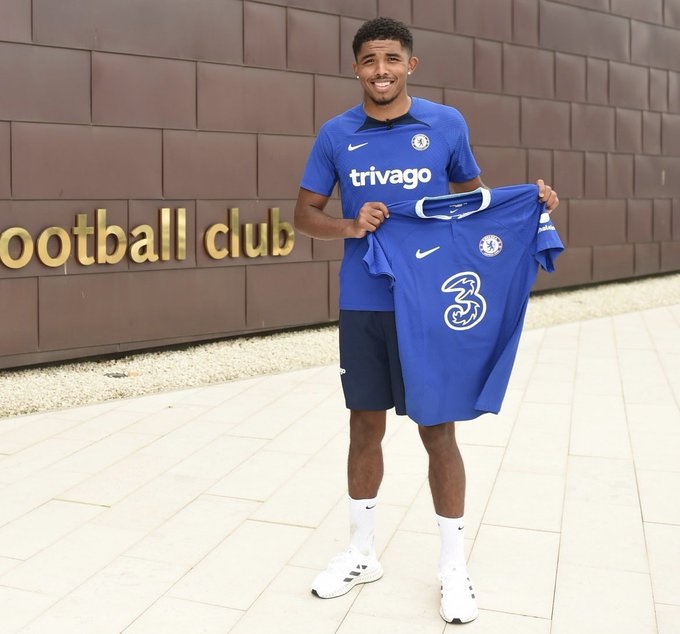 Chelsea have confirmed the £80million signing of Wesley Fofana signing from Leicester City on a seven-year deal.

The France Under-21 international emerged as a key target for Thomas Tuchel following the collapse of Chelsea’s move for Jules Kounde earlier in the transfer window.

Fofana has missed Leicester’s last two matches, including a defeat at Stamford Bridge, with Brendan Rodgers claiming the centre-half wasn’t in the right state of mind to play.

The 21-year-old is delighted his situation has now been resolved and is looking forward to beginning his Chelsea career.

The two last days have been really big days for me and I’m very happy,’ said the former Saint-Etienne defender.

I trained this morning with the team and it’s a dream for me. I’m very excited to start playing games for the fans and the club.

I’m here win trophies – the Champions League, Premier League, FA Cup, Carabao Cup, everything. I came here to win and the club is built to win trophies so I’m here to continue that.

Chelsea have been desperate to strengthen their defence following the departures of Antonio Rudiger and Andreas Christensen, both of whom left as free agents back in June.

‘Wesley is a hugely promising defender who has already proven his quality in the Premier League at a young age,’ added Chelsea owner Todd Boehly who has played an active role in the club’s summer recruitment drive.

‘We are delighted we were able to bring one of Europe’s most exciting talents to Chelsea and further strengthen that area of our squad, both for this season and many more to come.’

Fofana joins a team struggling for form having lost its last two game away from home following last night’s 2-1 defeat at Southampton, a performance which draw a scathing reaction from Tuchel.