Ebube Agu not after IPOB – Umahi 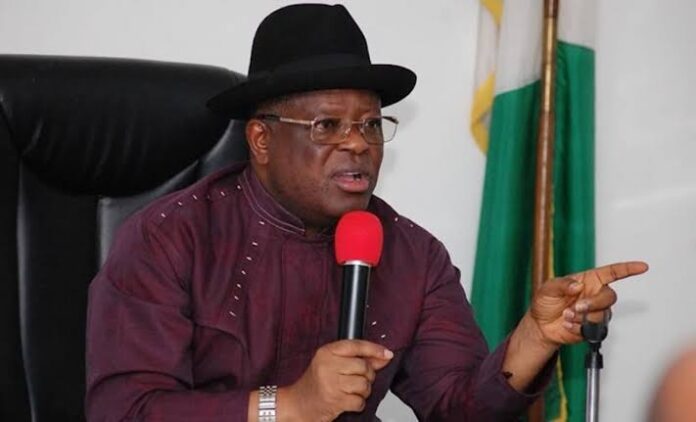 Ebonyi State Governor, Dave Umahi has said that the newly created security outfit in the southeast, Ebube Agu, is not against the proscribed Indigenous Peoples of Biafra (IPOB).

The governor stated this during the handing over of some vehicles to security agencies to aid their work of bringing safety to lives and property of the residents of the state in Abakaliki.

Governors from the South-East had on April 11 have established a security network as part of plans to checkmate the rising unrest in the region, stemming from an increase in criminal activities.

According to a communique put out by governors of the Southeast, the agency is to oversee and monitor the activities of vigilante groups in the region.

But Umahi, who is also the Chairman of the South-East Governors’ Forum said the regional leaders did not float the security outfit because they were at loggerheads with the outlawed IPOB.

“Ebube Agu is not after the Eastern Security Network (ESN) or after IPOB, no. Ebube Agu is meant to protect the people of Ebonyi State and her visitors,” he said.

“I have asked every citizen of Ebonyi State to protect themselves against any killing, no Ebonyi person should be killed again by anybody for any reason.

“We will not take the killing of any Ebonyi person lightly any longer. We have not deployed our Ebube Agu. The social media is saying we have deployed, we merely said this is the uniform we are preparing.”

Umahi said Nigerian youths were aggrieved, adding that leaders must find a way of engaging them in order to bring the current partial breakdown of law and order under control.