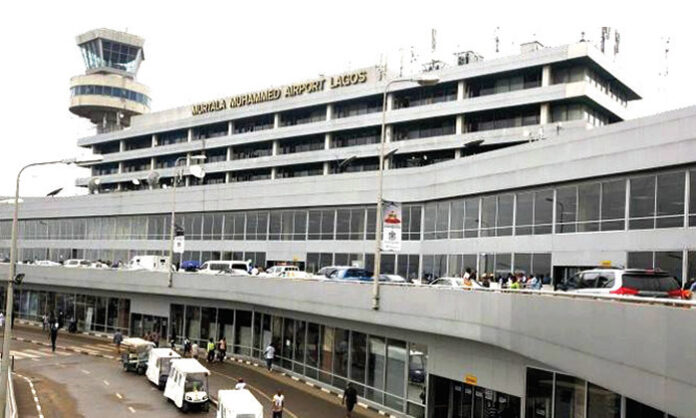 A 47-year-old drug trafficker, Chigbogu Obiora, has been arrested by operatives of the National Drug Law Enforcement Agency at the Murtala Muhammed International Airport, Lagos State.

The NDLEA spokesperson, Femi Babafemi, said on Friday that Obiora was put under observation during which he excreted 97 wraps of substances that tested positive to cocaine with a total weight of 1.55kg and a street value of N360m.

“He was arrested around 1.16 pm on Sunday, April 25, 2021, during the inward clearance of Ethiopian Airlines. He had arrived in Lagos onboard the airline from Entebbe, Uganda, via Addis-Ababa, Ethiopia,” Babafemi said.

The NDLEA commander at the airport, Ahmadu Garba, said Obiora was intercepted in the E-Arrival Hall of the airport by the agency’s operatives on the suspicion that the suspect ingested drug substance.

Barely an hour after he was arrested, Obiora was said to have excreted 31 wraps of cocaine weighing 500g and another 47 wraps (750g) in the evening of the same day while 19 warps (300g) were excreted the following day, bringing the total to 97 cocaine wraps weighing 1.55kg.

Babafemi said upon interrogation, Obiora claimed he was promised $1,500 (N570,000) if he successfully trafficked the drug.

Meanwhile, the Ondo State NDLEA command said it arrested two drug dealers during a raid and seized 80.2 kilogrammes of ‘skuchies,’ while four hectares of cannabis farms were destroyed in the Eleyewo area of Akure South Local Government Area.