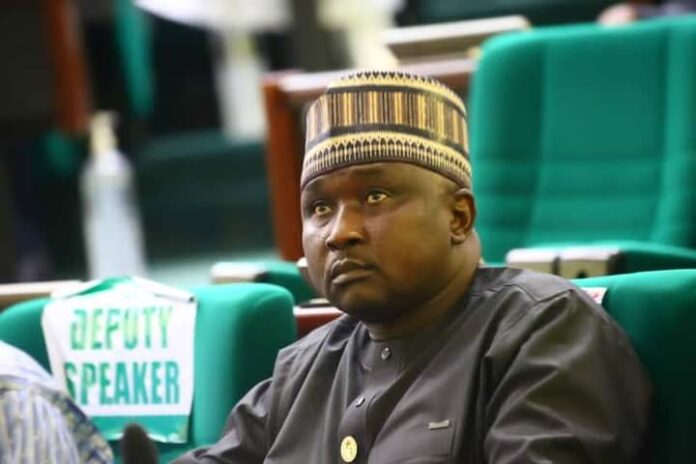 The House Leader says the National Assembly has made it a practice not to reduce defence budget to ensure adequate funding for the military.

The Majority Leader of the House of Representatives, Alhassan Doguwa, has said the legislature has appropriated sufficient funds to the nation’s security agencies to fight insecurity in the country.

He also urged Nigerians to pray for the country since not all citizens can go out to fight the bandits and terrorists.

Mr Doguwa stated this on Sunday while receiving an award from the Kano Citizens Forum as the best federal legislator in the area of security.

Mr Doguwa said the National Assembly has made it a practice not to reduce defence budget to ensure adequate funding for the military. The budgets we attend to at every point in time, nobody there gets close to the appropriation of our security institutions. We call those areas no-go areas – don’t touch them. We have given sufficient funding to all security agencies,” he said.

He stated that security requires collective responsibility of everyone, including citizens, traditional institutions and government at all levels. “If the security of this country fails as a state, it is the collective failure of every one of us, including the citizenry. They have a role to play. I do not mean that the citizenry will just go out, pick guns and fight the bandits in the forests. You have something to offer – praying for the country, praying for the leaders, praying for Mr President,” he said.

Mr Doguwa urged citizens to shun blame game because a failed state will affect everyone, irrespective of their status.

He commended the efforts of President Muhammadu Buhari to tackle insecurity head on, despite the threat of impeachment by opposition lawmakers.

“It is on this note that I want to say that the federal government, under Muhammadu Buhari, has, of course, been doing the best it could in terms of securing the lives and property of the people,” he said.