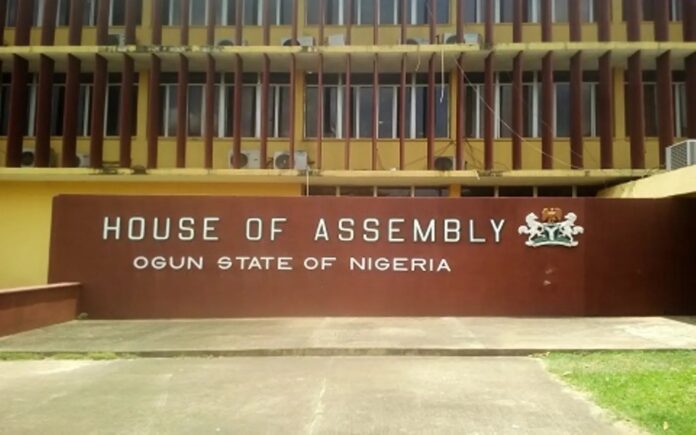 Dare Kadiri, the former deputy speaker of Ogun State and one other lawmaker, Solomon Osho, have been suspended by the Ogun State House of Assembly in a plenary presided over by the Speaker, Olakunle Oluomo, at the Assembly Complex, Oke-Mosan.

The embattled lawmaker representing Ijebu North II State Constituency, and his counterpart, were suspended in line with the provisions of Section 14 and 15 of the Legislative Houses (Powers and Privileges) Act, 2017.

Our correspondent gathered that the lawmakers were said to have severally and contentiously breached the Rights and Privileges of the State House of Assembly.

The Speaker said the document containing the suspension of the lawmakers had been signed by the appropriate number of lawmakers, hence, needed no other procedure before implementation.

According to the Speaker, Order six, Rule 19 (2) says that, whereof a matter of privilege arises, it shall be taken into consideration immediately; in the note of that, I want to say that I received a resolution by appropriate number of members of this house raising issue of privileges, and it read thus, “Resolution 131/ OG/ 2022- suspension of some honourable members for the breach of the provision of the Legislative Houses (Power and Priviledges) Act, 2017.

“Having found to have severally and contentiously breached the Rights and Priviledges of the Ogun State House of Assembly and its Leadership, through violation of the provisions of Section 17 of Legislative Houses (Power and Priviledges) Act, 2017.

“The following Honourable members, Hon. Oluwadamilare Kadiri (Ijebu North II State Constituency) and Solomon Osho (Remo North Constituency) are hereby suspended from the House and its activities forthwith until further notice in line with the provisions of Sections 14 and 15 of the Legislative Houses (Powers and Priviledges) Act, 2017.”