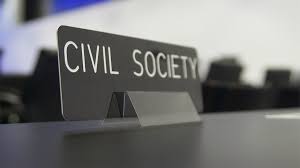 Leaders of 26 civil society organisations (CSOs) in Nigeria have elected to disobey the ban on Twitter by the federal government insisting that they will go on tweeting.

The CSO leaders, in a statement on Tuesday, June 8, quoted Wole Soyinka, Nobel Laureate saying: “The man dies in all who keep silent in the face of tyranny.”

The statement, which was released to the press, described the signatories to the statement as leaders of civil society organisations that work on governance, corruption, elections, digital rights & inclusion, women’s rights and journalism in Nigeria.

“We strongly support statements released by various civil society organisations and other stakeholders, condemning the suspension of the microblogging platform, Twitter, in Nigeria, as this represents a continued assault on the civic space and anti-democratic clampdown on free speech.

“We are also aware of the statement credited to the Attorney General and Minister of Justice, threatening to arrest anyone who continues to tweet after the announced suspension.

“We, therefore, wish to categorically say that we, as individuals, and our organisations, do not know any law that the act of sharing information breaks, and will continue to use Twitter, other social media platforms, and other media channels, to share information and engage with citizens.”

They noted that  Section 36(12) of the 1999 Constitution (as amended) makes it impossible to convict any person for a criminal offence if that offence is not defined and its penalty not prescribed in a written law. On the power of Section 36(12) which protects a fundamental human right, we therefore note and state unequivocally that the Attorney General’s statement threatening to prosecute citizens using Twitter contravenes the Constitution and is a violation of human rights and an utter abuse of power.

According to the statement, the leaders stated that they stand with Nigerians who continue to exercise their fundamental human rights, especially as the country will be celebrating Democracy Day on Saturday, June 12.