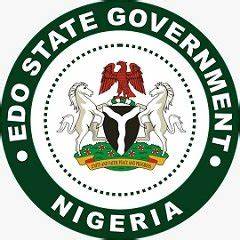 The Edo State Government has revealed a state-of-the-art soundstage as part of the Victor Uwaifo Creative Hub, for use by the state’s burgeoning creative industry, providing a space for young talents to explore opportunities in the industry.

The soundstage was officially launched at the Edo Youth Mega Rally, organized by the Edo State Skills Development Agency, as part of activities for this year’s Alaghodaro.

According to the Managing Director of Edo State Skills Development Agency, Ukinebo Dare, “This is just the beginning. His Excellency, Governor Godwin Obaseki has a vision for Edo State to regain its position as the centre of arts and culture in Africa and this has further proved that we have all it takes.

“The opening of the state’s Victor Uwaifo Creative Hub and sound stage is a clarion call to all entertainers and producers in Nigeria.”

The creative hub which can be accessed by the public at a highly discounted price features a sound stage for film and TV production, a mini-studio for photography and content creation, the EdoJobs SkillUp Mobile Application and Capital mobilisation for creative projects out of Edo State.

According to Dare, “the Edo State Skills Development Agency added another great feat in the state as they celebrated the Alaghodaro celebration with the Concert where talents from the state and outside showcased their talents to the world.”

The event featured artists such as Teni, Arya Star and Johnny Drille, among a host of local artists in Benin City, including Duno, Cyrus The Virus, Porkupyne, Freeman the Illusionist and King Wadada, who thrilled the attendees with exhilarating performance.