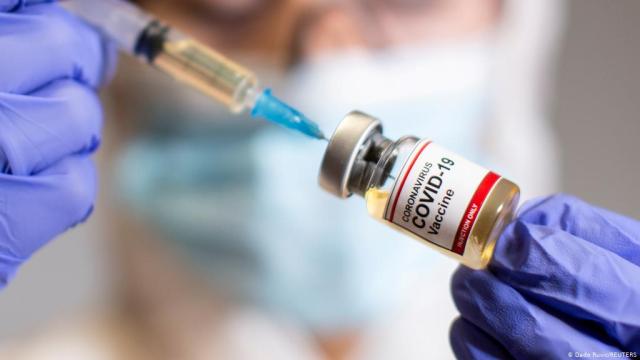 Gov. Bala Mohammed of Bauchi State and his wife, Hajiya Aisha, had recieved their second jabs of Astrazeneca vaccine of COVID-19.

Speaking after receiving the jab, Mohammed appreciated the state’s development partners, the health workers as well as the religious and traditional leaders for the success of the vaccination exercise

According to him, through the collaborative efforts, the state had achieved 97.9 per cent coverage of the vaccination.

The governor called for synergy between the federal and state governments to procure more vaccines for the total coverage of the citizenry.

The governor appealed to some religious faithful, who allegedly refused to participate in the vaccination against COVID-19, to embrace the exercise.

He said that he was surprised to hear that leaders of certain religion refused to present themselves for the vaccination.

“Please, we are not expecting this from them because they are the most enlightened among our population.

“We don’t want any exclusion, everyone is very dear to me.

“So, I must make sure that they are well secured and protected,” the governor said.

Mohammed noted that a large number of Bauchi residents were responding positively to the vaccine.

He explained that the state recorded 97.9 per cent vaccination coverage during the first vaccination exercise.

The chairman added that the state had received 55,000 vaccines from the Federal Government for the second COVID-19 vaccination exercise.

“However, we are only going to give this vaccination to those that had the first dose.

“If you didn’t take the first dose, you are excluded from the second dose,” Mohammed said.