Court restrains ALGON faction, others from interfering in association’s affairs 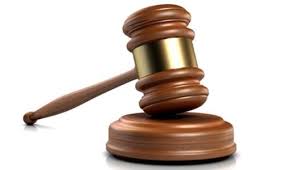 An Abuja Federal High Court has restrained the chairman of Bariga Local Council Development Area (LCDA), Hon. Alabi Akolade David-led faction of the Association of Local Governments of Nigeria (ALGON) from parading its as the leaders of the association.

The court also ordered the faction from taking all further action, steps, proceedings and assembly, relating to the conduct of of ALGON’s General Assembly slated for March 24, 2021, or any other day during the pendency of the suit.

Other parties restrained by the court order include the Attorney-General of the Federation (AGF) Abubakar Malami, Inspector General of Police and one Mrs Binta Abdullahi Bello from interfering in the affairs of ALGON.

The order followed the adoption of a motion ex-parte deposed to by Mohammed Inulin Abubakar on behalf of the Interim Management Committee (IMC) of the ALGON.

The court in an order by Justice I.E Ekwo further restrained the acting Inspector General of Police (IGP), Usman Alkali Baba, to stay action relating to any form of support on the conduct of ALGON’s general assembly slated for the March 24 or any other day pending the determination of the suit No: FHC/ABJ/CS/370/2021.

The order particularly retrained both the AGF and the IGP and the Corporate Affairs Commission (CAC) from giving any form of support to Alabi Akolade David and Binta Abdullahi Bello, who claimed to be factional leaders of ALGON.

The court also directed both Mrs Bello and Alabi Kolade to produce and file certified true copies (CTCs) of all documentations relating to their appointments, removal from office, inauguration of the IMC for ALGON and the purported general assembly called by them for March 24, 2021 or any other day during the subsistence of the suit.