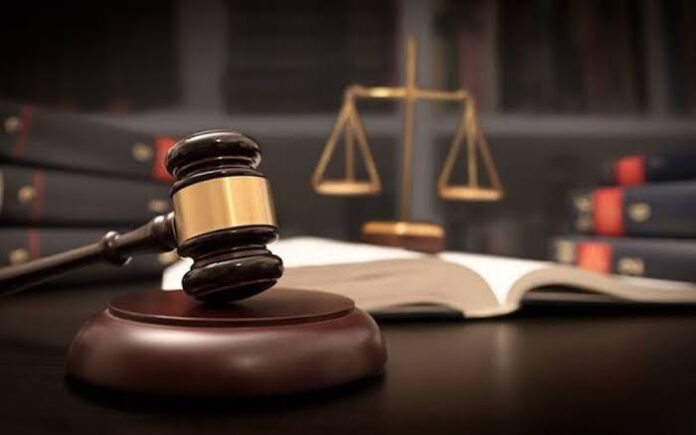 The Police in Ebonyi State have dragged a housewife, Monica Aleke, before a Magistrate’s Court in Abakaliki for allegedly inserting pepper into her maid’s private part.

Aleke, a mother-of-two, was docked on two-count charge bordering on assault and attempted murder.

The defendant, a native of Umuhuali community in Ishielu Local Government Area of the state, was said to have assaulted and attempted to murder her 16-year-old maid.

Magistrate Linda Ogbodo ordered that the accused woman be remanded at the Nigeria Correctional Centre, Abakaliki.

She directed that the original case file be transferred to the Department of Public Prosecution, Ebonyi State Ministry of Justice, for legal advice.

The matter was adjourned till September 12 for mention.

Meanwhile, the defendant’s husband, Edward Elom, has prayed the court to sanction his wife accordingly for acting on suspicion that he was engaging in extra marital affair with the maid.

He said, “We are in court because my wife wanted to kill our 16 year-old-maid based on suspicion that I am cheating on her with my maid. She wanted to kill her by inserting fresh grounded pepper into her vagina. Can you imagine such wickedness?

“Since that girl started living with us, my wife hasn’t cared for her. She looks for the slightest opportunity to punish her for no just cause.

“I bought some clothes for her alongside my children on the 6th of August 2022. How can I shop for my children and fail to get something for my house help who is just like the first daughter of the family? I don’t know how else to let her understand that the girl had no other mother except her. She lost her mother six months before she started living with us.

“I told my wife severally that I had nothing (sexually) to do with the small girl, but she refused to understand me. As we speak, the girl is still in the hospital.”