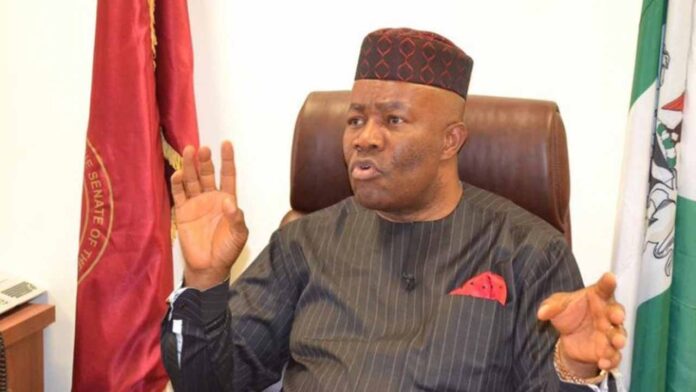 INEC had refused to recognise Mr Akpabio as a candidate because the commission did not monitor the APC primary which he claimed he won.

A Federal High Court in Abuja has ordered the Independent National Electoral Commission (INEC) to accept and publish Godswill Akpabio’s name as the candidate of the All Progressives Congress (APC) for the Akwa Ibom North-west District for the 2023 elections, the Nations newspaper has reported.

Justice Emeka Nwite gave the judgement on Thursday in Abuja.

The court, according to the report, held that INEC acted illegally by refusing to accept and publish Mr Akpabio’s name, since it was sent to the election commission by the APC.

INEC had refused to recognised Mr. Akpabio as a candidate because the commission did not monitor the APC primary which he claimed to have won. Nigeria’s electoral law empowers INEC to monitor political party primaries.

Mr Akpabio, a former minister of Niger Delta Affairs, contested the APC presidential primary in Abuja, but stepped down for the former governor of Lagos State, Bola Tinubu, who emerged as the party presidential candidate.