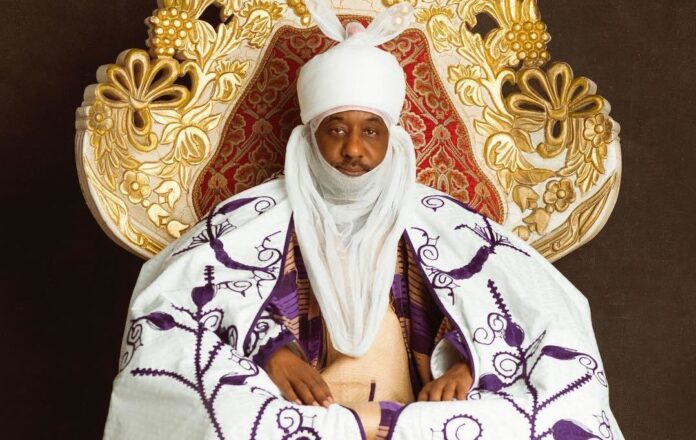 An Abuja high court, has on Tuesday  declared the banishment of deposed Emir of Kano, Lamido Sanusi, from Kano State as unlawful and unconstitutional.

Delivering judgement in Mr Sanusi’s suit, the judge, Anwuli Chikere, awarded N10 million compensation to him and against the respondents comprising the police, the State Security Service (SSS) and the Attorney-General of Kano State.

She also ordered them to tender a public apology to him in two national dailies.

She held that the Emirate Council Law, 2019, relied on by the Kano State government in banishing Mr Sanusi was in conflict with the Nigerian constitution.

According to Ms Chikere, the Nigerian constitution is supreme and any law that is inconsistent with it shall be null and void.

The judge declared that the former emir had the right to live anywhere, including Kano State, as enshrined in the country’s constitution.

The Kano State Government had on 9 March, 2020 deposed Mr Sanusi after which security agents moved him to Abuja.

The Kano State Government, through Usman Alhaji, the secretary to the state government, had said in a statement, that Mr Sanusi was dethroned because of insubordination.

Mr was later banished to Awe, Nasarawa State, where he was detained in a private home until March 13 when he obtained an interim order of the court for his release from house arrest.

But following an ex parte application filed on his behalf by his team of lawyers shortly after the banishment, the judge, Ms Chikere, ordered his immediate release.

Although the deposed emir had since been released after the court ruling, he continued to pursue the suit raising the issues of how his rights were violated with his detention and banishment.

The News Agency of Nigeria (NAN) reports that Mr Sanusi, who was dethroned on March 9, 2020, had on March 12, 2020, sued the Inspector-General of Police (IGP) and the Director-General, State Security Services (SSS) over what he called “unlawful detention/confinement.”

Mr Sanusi did not challenge his dethronement in his suit, but had sought an interim court order releasing him from detention and/or confinement and restoring his right to human dignity, personal liberty.

He also raised the issue of the respondents harassing him and violating his rights.

During the hearing of the case in September, the respondents argued that the Federal High Court in Abuja lacked jurisdiction to entertain the matter since the alleged violation complained of by him was a fallout of his dethronement which took place in Kano.

The line of argument suggested that the Kano division of the Federal High Court ought to be the appropriate venue to file the suit instead of Abuja.

But the court dismissed the argument in her judgement on Tuesday.

The judge also struck out the name of the AGF from the suit on the grounds that no reasonable course of action was disclosed against him in the suit.