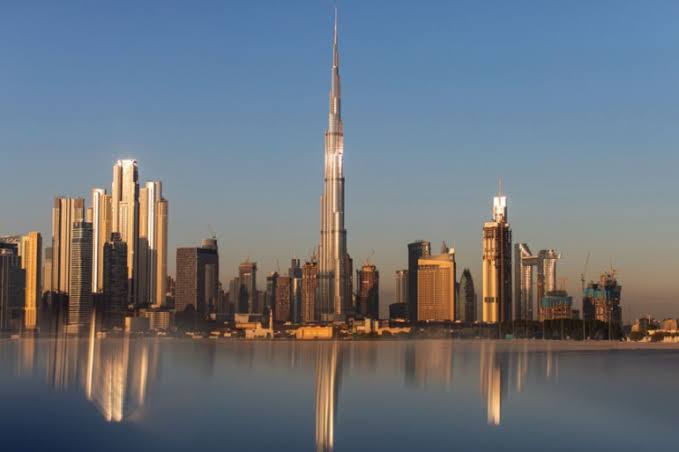 A report by an anti-corruption group, Human and Environmental Development Agenda,(HEDA), has revealed that more than 130 choiced assets have been bought with looted funds in Dubai, United Arab Emirates (UAE), by some ex-governors, ministers and senators.

These assets are among the over 800 traceable to Nigerians in the UAE, including top security and military officers.

Four areas have been identified through which the nation’s resources are looted.

These are Bribery and corruption, proceeds from commercial tax evasions, illicit activities engaged in by corporations and business ventures and proceeds derived from criminal activities.

The Nigeria’s oil and gas sector is belived to have contributed 92.9 per cent of the total amount in Illicit Financial Flows (IFFs) .

But the chances of Nigeria recovering most of its looted cash are very low because of conditions attached to the release of such funds.

These highlights are part of a report on the “UAE component of the three country (Nigeria, UAE and the UK) comparative study of fixing Illicit Financial Flows,” which was submitted to the Executive Chairman of the Economic and Financial Crimes Commission, Mr. Abdulrasheed Bawa in Abuja.

The report, which was commissioned by an anti-corruption group, Human and Environmental Development Agenda,(HEDA), but researched and compiled by Prof. Gbenga Oduntan of Kent University.

Although the report did not reveal the identity of the Politically Exposed Persons (PEPs) with the assets in Dubai, Chairman of HEDA, Olanrewaju Suraj, said: “We have left it to, EFCC to unravel them. It is so sad that our funds are being looted and stashed abroad.

“We are not even talking of assets in the UAE identified with some military officers.” he said.

The report said: “The sheer recklessness of a system which allows Politically Exposed Persons (PEPs) including 34 Nigerian ex-governors to own 71 properties, seven senators to own 33 properties, and thirteen Federal ministers to buy and own 26 properties is apparent. In the circumstances this is a case of res ipsaloquitor- the facts speak for itself.

“A 2012 report stated that Nigerians had invested up to $6 billion in real estate in Dubai over three years, including whole floors of apartment blocks.61 As bad as things are with respect to dirty money being funnelled into properties in the UK particularly in London, Dubai is qualitatively worse.”

The report attributed the rush to stash funds in the UAE by top Nigerians to the weak financial system and its openness to investors.

The report said: “The finding reached is that the shortcomings in the practices of financial and professional bodies of the UAE are deep, substantive and troubling.

“Corrupt Nigerian elite have managed to evade detection and massively invested into the UAE property market particularly in Dubai. As argued by Barnaby Pace.

“We know that the criminal and corrupt set up bolt-holes around the world in which to stash their dirty cash, with Dubai being a favoured spot for many….”

“Dubai is also a preferred destination for trade-based money laundering (TBML –IFF) and political corruption money laundering from Nigeria, precisely because the city is seen as a soft touch for PEPs and their associates.

“There is deliberate orchestration to make Dubai an Eldorado for property investors looking for a place to store wealth considering that construction and real estate sectors in the UAE contributed 20% to GDP as of 2016.”

“The lack of qualitative and mandatory beneficial ownership reporting system exacerbates the UAE’s significant shortcomings in relation to the interaction between luxury property market and “Dubai and other Emirates in the UAE operate a more laissez faire philosophy and the UAE generally has shaped itself into a vast bohemian desert investment space.

“Bribery, corruption, illegal resource exploitation, and tax evasion are the main channels of IFFs especially in relation to Nigeria- UK relationship in the country’s extractive industries. Much more damage is done to Nigeria’s financial interest by other countries as well.

“Indeed Nigeria’s oil and gas sector contributes 92.9 per cent of the total amount of IFFs the country records yearly through companies and persons operating in the highly porous yet important sector.

“In stolen crude oil deals alone Nigeria suffered more than $12 billion in losses to the US between 2011 and 2014. Another $3 billion was lost to China and $839.5 million to Norway in the same period.

“The damage done from within by bureaucratic mischief is very significant as well. Unfortunately, there is also under-reporting of production volumes and oil lifting by the NNPC and Department of Petroleum Resources (DPR).

“For instance, it has for long been known that the effective lobbying by oil companies is a large aspect of the stalled progress of the Petroleum Industry Bill (PIB) for nearly 20 years now because “the oil majors have been particularly vocal on potentially losing tax exemptions as a result of this law”.

The report made some recommendations including a generation of PEPs annually by the Federal Government with their data shared with some international agencies and development partners.

It added: “A comprehensive list of Nigerian PEPs should be generated annually. This data should be shared with its development partners, particularly the UAE, and the UK.

“Extradition remains a highly useful mechanism for governments and Nigeria must do its best not only to retain the treaties it has presently but most work to develop even more.

“The task of tracing the foreign investment practices of Nigerian PEPs in this way will have to take on a historical perspective. For instance, a former military governor of Ogun State is identifiable as owning up to six properties with a total purchase price of over $2 million.

“Article 236 (1) of the Federal Penal Code deals with the offence of accepting a bribe as a public official. There are similar provisions targeting bribery of a foreign public official and this is of great significance in reducing the space for bribe offences internationally and particularly in the developing world.

“Private sector bribery is unlawful under Article 236 b (2) of the Federal Penal Code. Public servants are defined under the Law as any persons in a federal or local position, whether legislative, executive, administrative or judicial, whether appointed or elected. (Article 5, Federal Penal Code).”

It asked the Central Bank of Nigeria(CBN) to evolve better ways of monitoring financial transactions of PEPs and other businesspersons.

It said: The CBN would therefore, need to take a more effective approach with targeted measures not only to negotiate instruments but also to engage in better monitoring of financial transactions of PEPs and other businesspersons.

“Looking at what we have discovered so far, the CBN has not satisfactorily established and performed its supervisory functions not only over banks particularly in the case of certain types of customers (e.g., non-resident or offshore customers, PEPs but there are also shortcomings in oversight in relation to Private Investment Companies (PIC), MNCs and shell companies; offshore entities; cash-intensive businesses and import or export companies).

“ The CBN must do better particularly in its role as an assessor of the adequacy of financial institution’s systems to manage the risks associated with senior local/foreign political figures, but it must do better in instilling an expectation of probity among corporate management and their ability to implement effective risk-based due diligence, monitoring and reporting systems.

“The imposition of sanctions against banks including prosecution of their employees together with the institution is an essential part of creating a better-disciplined national financial system that is less susceptible to mischief from within and without. The journey to a full grant of autonomy to the NFIU is not yet complete although credit is due to the country’s authority for the implementation of the Nigeria Financial Intelligence Unit Act 2018, which established the NFIU as an independent entity.”

Despite its recommendations, the report said the chances of recovering looted funds are very low.

It said: “The harsh reality is that Nigeria may never even find out just how many hundreds of billions of looted assets it has suffered over the decades and certainly since its independence as a sovereign state. The chances of having the losses restored in meaningful ways are extremely low.

“Sadly, even recent scandals with ample documentary trail have led to little or no asset recovery. The practice of some Western nations including the UK in insisting on exacting and retaining arbitrary sums as during asset recovery requests from weaker states is particularly abhorrent. Nigeria and other developing state have a duty to posterity to resist this practice.

“Similarly, the practice of demanding and attaching conditionalities outside the confines of international law to the return of illegally transferred wealth is abominable.

“These practices are not products of law and equity but are expressions of the asymmetries in international relations, which permit a certain group of privileged states to add insult to the injuries of weaker states in the sheer context of things.”

While receiving the report, the EFCC chairman, Bawa, said: “I want to assure you, that we are going to study the report to add value to those areas where it is within our mandate; we will look at it and ensure that justice is done.

“The country has been cheated for quite a long time, people saddled with the responsibility of governance in this country have succeeded in doing it selfishly by taking these funds out of the shores of this country.

“It is one thing for properties to be taken to the UAE and the UK, it is another thing that we here in Nigeria are ensuring that you don’t have the opportunity to take them out in the first instance. That is why we want to be proactive in our approach to law enforcement and the fight against corruption in this country.

“All the people that are taking these funds out of the shores of this country are not doing that alone; there are conspirators, engineers helping them, professionals are helping them, accountants and financial institutions are helping them. We are not trying to look at what happened before but we are determined the future will be better.

“And then of course part of our mandate to ensure that proceeds of crime are identified and repatriated for the benefit of all Nigerians. It is not an easy task, it is something that cut across jurisdictions.

“The UK and the UAE have their own laws, processes and procedures, but we have a lot of bilateral and multi-lateral agreements that we are signatories to; to discuss about issues of information sharing, investigation as well as repatriation of ill-gotten assets.