Brighton give Chelsea permission to speak to Graham Potter 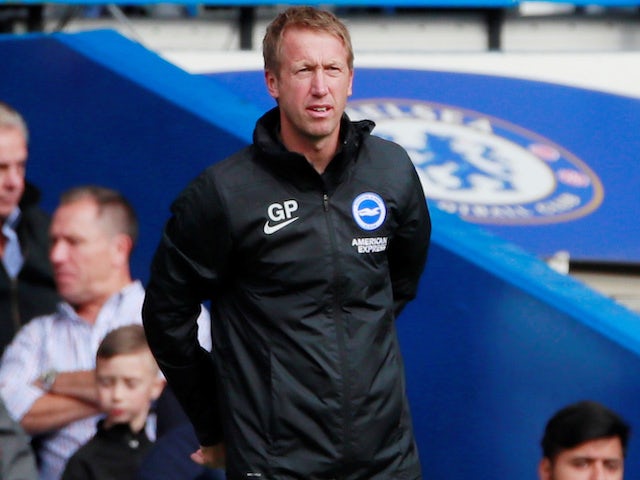 Brighton & Hove Albion have given Chelsea permission to speak to Graham Potter about becoming the club’s new head coach.

The Blues departed with Thomas Tuchel after the 1-0 defeat to Dinamo Zagreb in the Champions League on Tuesday, despite backing the German to the tune of £273m over the summer – a world record spend during a single transfer window.

Co-owner Todd Boehly unanimous agreed with Chelsea’s hierarchy that a change was needed, and Tuchel’s 20-month reign – which yielded Champions League glory in May last year – was brought to an end by a club statement on Wednesday morning.

Sources have confirmed that Chelsea are looking to replace Tuchel quickly and have quietly been doing their homework on a number of prospective candidates.

Brighton boss Potter, who has enjoyed a superb start to the season down on the south coast, is one of Chelsea’s primary targets and Brighton have given the 47-year-old permission to travel to London in order to discuss the vacancy.

The Blues feel that Potter’s style of play and management aligns with the long-term project on offer at Stamford Bridge, although Brighton will be due significant compensation if a deal is completed.

Sporting CP boss Ruben Amorim is another candidate on Chelsea’s list after an impressive couple of years in Portugal, while another name being discussed within the corridors of powers is former Real Madrid head coach Zinedine Zidane – although having turned down Paris Saint Germain’s overtures in the past year, it remains to be seen how keen he is on a return to club football.

Another unemployed manager, Mauricio Pochettino, is also under consideration, though it’s unclear whether the Argentine, who was relieved of his duties at PSG over the summer, would consider the role after spending a significant period of time in charge of Chelsea’s rivals Tottenham.

Atletico Madrid’s Diego Simeone is also in the running, but Potter appears to be the favourite for the role as it stands after Brighton’s acceptance of an approach.