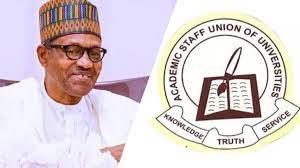 The Congress of Nigerian Universities Academics and the National Association of Medical and Dental Academics have been registered, and the Academic Staff Union of Universities intends to sue the Federal Government over this.

This was mentioned on Channels Television on Thursday by ASUU’s attorney, Femi Falana.
Chris Ngige, the minister of labor and employment, gave certificates of registration to CONUA and NAMDA on Tuesday

The two organizations will coexist with ASUU, according to Ngige, who spoke as he handed the certificates of registration to the two unions.

Speaking with Channels Television, the lead counsel to ASUU, Falana noted that the union would sue the Federal Government over the registration of the two unions.

“He took the matter to the industrial court and the decision has been appealed by ASUU and now, he has registered two unions while trying to proscribe ASUU. If this is allowed by this government, I think it is a recipe for disaster and it may really create more problems than it can solve on this matter of strike action,” Jega had said.