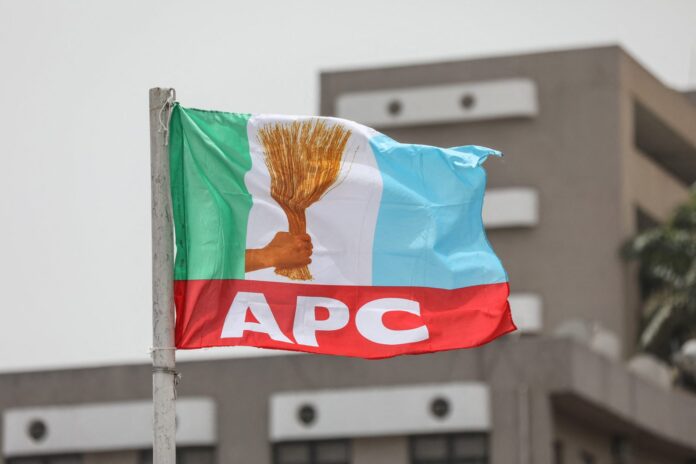 The Federal High Court in Umuahia has deferred judgment in the lawsuit brought by one of the governorship candidates, Chief Daniel Eke, so those vying for the APC’s governorship ticket in Abia State will find out the outcome on Friday, October 7.

Both Dr. Uche Ogah and Chief Ikechi Emenike have staked their claims to the ticket after winning parallel primaries.

Eke had applied to the court to have the primaries declared invalid on the grounds that they had violated party rules, INEC regulations, and the provisions of the recently passed Electoral Act.

The plaintiff’s attorney, Obinna Nkume, urged the court to throw out “the supposed primaries as a pantomime and a fake” at a hearing at the High Court.

” My client is saying that the APC governorship primaries in Abia were not conducted in line with the party guidelines, so everything they did was invalid.”

He argued that both “Emenike who claimed he emerged through indirect primaries and Ogah claiming to have been produced via directed primary, “cannot sustain their claims”.

Although the APC had mandated a direct primary for Abia, the plaintiff’s attorney said that Chief Emenike “purportedly emerged through the indirect primary in clear violation of the instruction; while Ogah’s supposed primary was not supervised by the party’s electoral committee.”

“For Ogah, the position of the Electoral Act is that if the party’s electoral committee does not participate in your primary even if INEC supervises it, such a primary is a sham.”

However, the attorney for the APC argued that the plaintiff is not a registered member of the party in his Igbere Ward and urged the court to reject the case.

H. O. Afolabi, SAN, Chief Emenike’s attorney, allied himself with the arguments and representations made by the APC’s attorney, saying that the plaintiff must first establish that he participated in the primaries before contesting the results.

Through his attorney Oliver Amuzie, Ogah, who requested to be included as a party to the lawsuit, urged the court to nullify just the outcome of the indirect primary that “purportedly generated the second defendant (Emenike),” contending that it was manifestly outside the party guidelines.

The attorney for Ogah further urged the court to reject the claim that the plaintiff had no jurisdiction over the matter because he did not participate even if his name was on the result sheet.

But according to Ogah’s attorney, INEC should approve his client’s candidacy after the direct primary, which was organized by the party leadership.

The commission is not a party to the dispute, according to INEC attorney D. I Amadi, who also requested that the lawsuit be dismissed completely.

Chief Eke, who was present in the court, later stated his satisfaction with the proceedings in an interview.

In addition, he expressed hope that justice would be served and vowed to combat criminality and impunity inside the party.

Eke stated that he was in court to fight unfairness, contending that it is improper for parties to charge candidates for forms while failing to hold fair primaries for them.