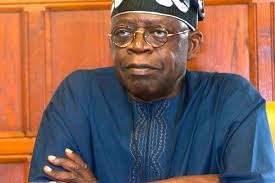 Presidential aspirant on the platform of the All Progressives Congress, Bola Ahmed Tinubu, is scheduled to be screened today.

The  media  had reported that the APC would hold its presidential screening for two days, starting today.

This is as the name of former President Goodluck Jonathan is missing on the list of spirants expected to be screened.

Those in know told the press  that the screening would hold in a top hotel in Abuja.

Earlier, the National Vice Chairman, North-West of All Progressives Congress, Salihu Lukman, said Jonathan is not yet a member of the party.

A ruling of a Federal High Court had last week heightened speculations that Jonathan may contest the presidency under the APC.