APC comes as option to boost my career– Gbenga Daniels 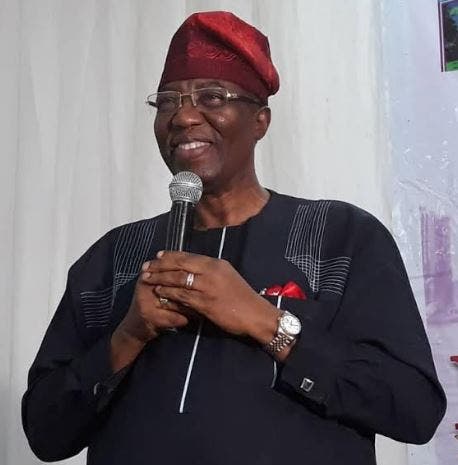 The Former Governor of Ogun State, Otunba Gbenga Daniel on Tuesday stated the reasons he left the Peoples Democratic Party (PDP), a platform that gave him the platform to become Ogun State governor for two consecutive times.

E247 reports that the Sagamu-born Otunba Gbenga Daniel dumped PDP for the ruling party, APC and was presented to President Mohammadu Buhari on Monday at the Aso Rock Abuja.

Giving his reasons, Daniel said that the ruling party APC came with many options.

He called on Nigerians to de-emphasise party politics for good governance.

Daniel said “Why APC? There are too many options in the party. One sure thing is that we are going through health and economic challenges, we must do less of political contestations and give support.”

Daniel however difussed insinuations in certain quaters that Nigeria was heading towards a one party state by the approaches of the ruling party in poaching the opposition members into its fold. He said that the PDP was once in the same shoes.

“Definitely in any political environment, whether it is a multi party or two party, there will be a majority party and the minority party. So I don’t think that there’s anything new in what has happened.

“A few years ago, when PDP was at the helm of affairs at the centre, I think the last count out of the 36 states, PDP was in charge in more than 24 states at that time and the country did not become a one party state. So I think what is going on is quite healthy.

“The contestation is quite exciting. I think what’s important is that parties should look inwards and organise themselves very well, so that at any point in time, the people have an opportunity to make an informed choice. And that is what is going on,” he said.